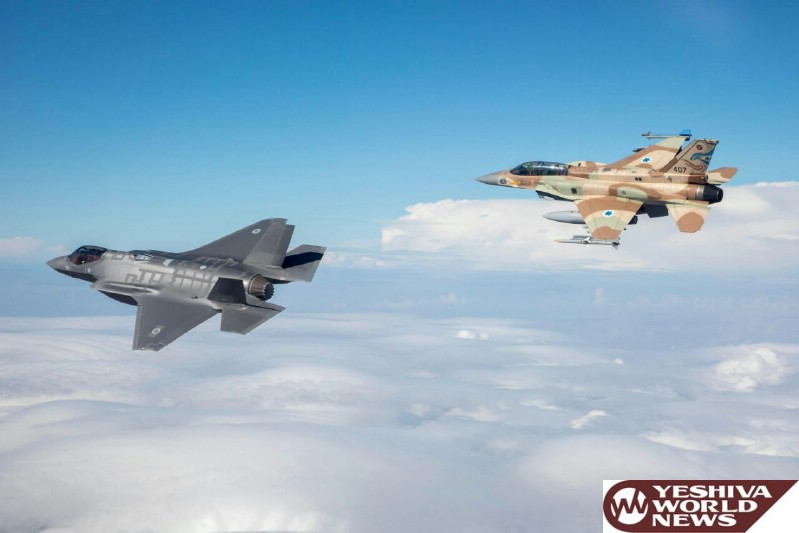 Amid mounting threats against Israel from Iran, including threats to strike Tel Aviv, Defense Minister Lieberman warned that if attacked, Israel would strike Tehran.

“We hear many (Iranian) threats … but if they attack Tel Aviv, we will strike Tehran,” Lieberman told Elaph.

He explained Iran’s presence in Syria or Lebanon would not be tolerated “at any price.”

The interview was published Thursday while Lieberman was in the United States for talks with his U.S. counterpart, Jim Mattis, and other defense officials.

There has been a spike in hostile rhetoric between the bitter rivals since an airstrike on a military base in Syria that Iran and Russia blamed on Israel earlier this month. Seven Iranians were killed in the strike on Syria’s T4 air base.

Israel has neither confirmed nor denied carrying out the strike. Iran has threatened to respond.

On Thursday, the acting commander of the Iranian Revolutionary Guard said Israel is “frightened” of the presence of Islamic (Republic’s) forces near its borders.

“That’s why we are seeing it launch missiles at bases where our (Iranian) forces are present,” Gen. Hossein Salami was quoted as saying by the official Iranian news agency IRNA.

Israel views Iran as a serious threat due to its nuclear and missile programs, support of violent regional terror groups and frequent calls for the destruction of the Jewish state.

It has repeatedly warned that it will not allow Iran to establish a permanent military presence in neighboring Syria, where Iran has been backing President Bashar Assad in a seven-year civil war. Israel’s concern is that Iran and its Shiite proxies will turn their focus to attacks on Israel.

At the United Nations, Israel’s ambassador, Danny Danon, showed a map of what he said was “Iran’s central induction and recruitment center in Syria.”

He said 80,000 Shiite militants in Syria are under Iranian control and they are trained at the center, just over eight kilometers (5 miles) from Damascus, “to commit acts of terror in Syria and across the region.”

Addressing the U.N. Security Council, Danon renewed Israeli accusations that Iran launched a drone into Israel from Syria that contained explosives “intended to be used as an offensive weapon against targets in Israel.”

He said the drone, shot down by the Israeli air force in February, “shares key indicators and markers of the Iranian Shahed-129s that have fallen over Syria and Pakistan in recent years.”

He said Iran is “the dangerous thread” behind the threats posed by the Palestinian militant Hamas group in Gaza, the Shiite Hezbollah militants in Lebanon and Syria, and Assad’s government.

Danon reiterated Israel’s strong opposition to the Iran nuclear deal and said the signatories must now make a choice between doing business with Iran or enable “the Iranian regime that supports terror and seeks to take over the Middle East.”