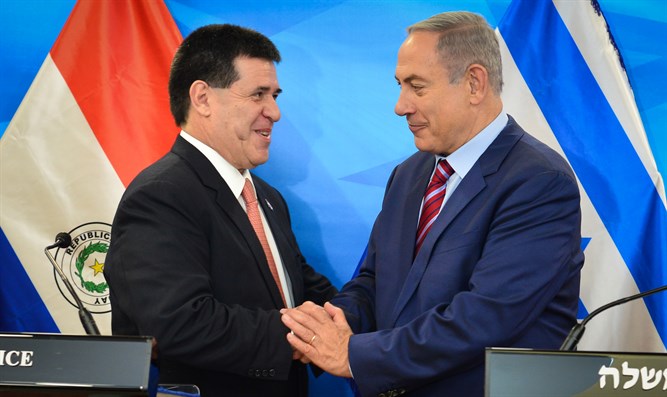 Paraguay’s President Horacio Cartes announced on Friday his plan to move his country’s embassy in Israel from Tel Aviv to Jerusalem.

The President made the announcement while speaking Thursday, April 26, at a reception dedicated to the 70th anniversary of the state of Israel.

Cartes said he intends to make the move before the end of his term (which ends in August 2018).

Guatemala will be moving their embassy two days after the United States does, on May 16.

Romanian President Klaus Iohannis said Friday that Viorica Dancila “is not up for the job of Romanian prime minister,” three months after she became Romania’s first female premier this January.