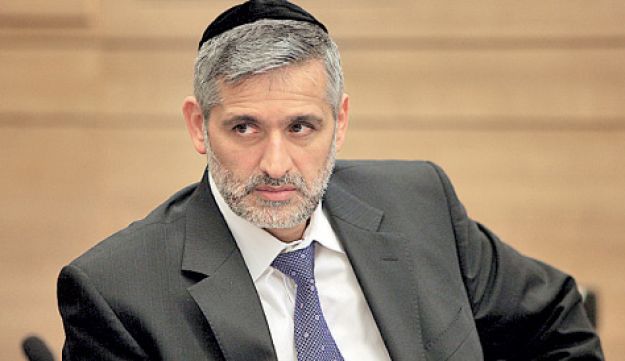 In response to recent polls, former Shas leader Eli Yishai told the media he is saddened to see Shas’ decline, then turning his attention to the recent assaults by members of the Orthodox community against chareidi IDF soldiers. He decried attacks against soldier in the strongest of terms.

Regarding efforts by some to return him to Shas, Yishai stated “As HaGaon HaRav Meir Mazuz Shlita is out spiritual leader, we go with the ‘ritch ratch’ method which the rav suggest.” He was referring to alternating candidates on the party roster, a suggestion that has already been nixed by Shas. “It appears Deri prefers to go it alone, despite his difficult position” added Yishai.

Yishai was then asked by the possibility of returning to Shas. “Shas voters are voting because of the rabbonim. It is correct that the person standing at the helm can bring additional voters, here unfortunately, we see this is not so, we see the collapse of the party but when the rabbonim reach a decision, who am I to argue. I do not appeal the decision of the rabbonim. They make the decisions”.

He added, “I can save the Shas party, I have no doubt. Regarding the ritch ratch, I am willing to do this”.

Back to the matter of attacking chareidi soldiers, Yishai labels anyone doing so a “rosha”, adding HaGaon HaRav Ovadia Yosef ZT”L said, “When you see a soldier – hug and kiss him”.