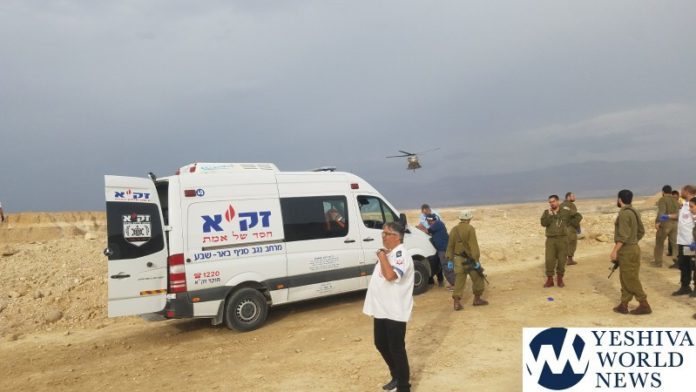 After the flash flood tragedy that claimed the lives of ten students, police launched an investigation and are planning to file the case with the prosecution, who is going to indict heads of the Tel Aviv-based Bnei Tzion Mechina.

Police have completed their investigation and have submitted findings to the Southern District Prosecutor. It is likely that criminal charges will be filed against the head of the mechina, Yuval Kahan, charges including causing death by negligence. Senior guide Aviv Berdichev will likely face charges of manslaughter. Another guide who was questioned by police was acquitted of all charges and the case against her was closed after no evidence of criminal responsibility for the disaster was found.

A few days after the opening of the investigation, it was reported that the suspicion against Berdichev was aggravated by causing death by negligence to death, while the suspicion against the head of the preparatory program, Yuval Kahan, remains in place and is suspected of causing death by negligence. The reason for this is that the warnings given to Berdichev were more serious than those given to Kahn.

Many weather experts, civilian and military, warned against the trip, urging them to cancel it due to severe flash flood warnings. The school decided to ignore the warnings and the trip resulted in the tragic deaths of the ten, who were planning to attend the mechina next year.