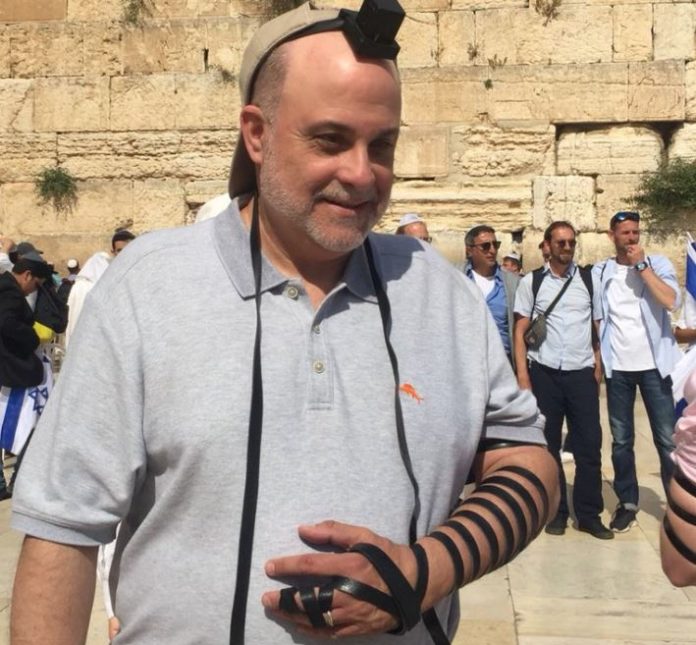 Mark Levin, syndicated talk show host, author and political commentator, is in Israel for the opening of the US Embassy in Jerusalem on Monday.

He was spotted at the Kosel on Sunday, Yom Yerushalayim while wearing tefillin.

Levin, know to his fans as “the great one,” announced on his show that he was going to Israel for the embassy opening, to watch the historic event with “his own two eyes.”