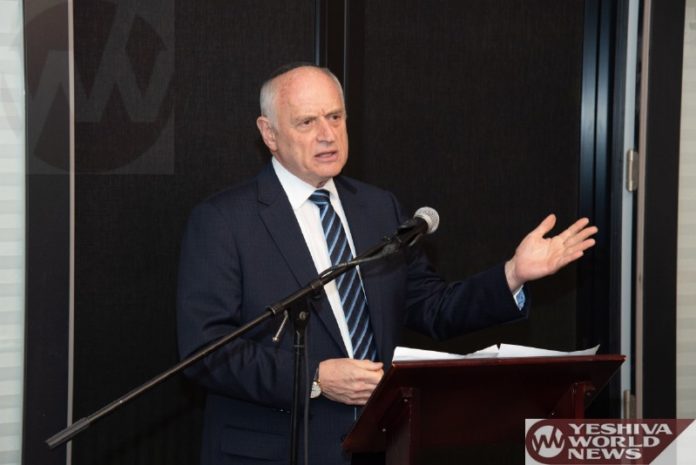 “Kavod Hames does not end with a levaya and the Arabs who seek to destroy our matzeivos know fully well that if they destroy our past and we do nothing about it, we are in effect abandoning our future,” was the key message of Malcolm Hoenlein, the Executive Vice President of the Conference of Major American Jewish Organizations, and a celebrated world Jewish leader. Mr. Hoenlein was the special guest at an Evening for the Security on Har Hazeisim on May 16 th . More than 150 people attended the special evening at the home of Mr. and Mrs. Yehuda Geller in Lakewood.

Rabbi Yerachmiel Milstein, Moroh D’Asroh of Kehilla Ishay Yisroel, who served as chairman of the event spoke of the significance of the event being held in the days before Shavuos. He also praised the keynote speaker: “Mr. Hoenlein is an unparalleled, world class askon who has been at the forefront of every safety and security issue facing Klall Yisroel for many decades. What many don’t know is that he has been a fierce defender and fighter for the kovod of the hundreds of thousands of Kedoshim on Har Hazeisim as an integral part of the ICHH from its inception. It is indeed a great z’chus to have him brief us in person regarding both the amazing security improvements and remaining challenges on Har Hazeisim.”

Menachem Lubinsky, the co-chairman of the International Committee on Har Hazeisim, reported on the dramatic security changes that this year resulted in 300,000 people coming to the yahrzeit of the Ohr Hachaim. He noted that more than 2,000 visitors are visiting daily as opposed to less than 200 a year and a half ago. “Most impressively, not a single grave has been desecrated in nearly two years.”

Mr. Hoenlein took many questions from the audience about the Trump Administration, Gaza, Iran and other issues. Har Hazeisim, which overlooks the Har Habayis, is the oldest surviving Jewish cemetery in the world, dating back over 3,000 years and is the resting place for over 150,000 Jews, including the foremost leaders of our nation dating back to the nevi’im. Despite being in Israeli hands, the cemetery remained largely neglected until May 2010 when Israel’s State Controller Micha Lindenstrauss issued a stinging report on the neglect and abuse of the mokom kodosh. He blamed successive Israeli governments for virtually neglecting the cemetery. This shocking report prompted Avrohom Lubinsky, a Brooklyn businessman, to create the International Committee for Har Hazeisim.

The Committee has thus far managed to persuade the Israeli authorities to install 171 surveillance cameras in addition to a 24/7 Security Command Center. After extensive lobbying at the highest levels of government, a police substation was finally established in March of 2012. The police station has proven to be a major deterrent to the criminal activity by Arab youths. In addition, a unit of the Border Patrol maintains a constant vigil and is now housed in a permanent structure, thanks to the courtesy of a benefactor. The Committee was also instrumental in the construction of a fence around the Eastern sector of the cemetery, an area that was the target of much violence in the past. Thanks to the efforts of the ICHH, there have been no destroyed graves in two years, security has vastly improved, and there was much improvement to the maintenance and cleanliness of the cemetery.

In an unprecedented and historic development, 67 members of the Knesset responded to an invitation by Speaker Yuli Edelstein to join a caucus on Har Hazeisim. Headed by MK Yoav ben Zur (Shas), the caucus is the largest in the history of Har Hazeisim.

Of all the dramatic improvements of the last six years none is more telling than the simple fact that the average number of visitors to Har Hazeisim went from just 200 per day in 2015 to well over 2,000 daily! However, the ICHH is committed to continually improve the safety of visitors travelling through surrounding access roads, to the ongoing upgradesof infrastructure, to the restoration ofover 35,000 graves, and to the building a beautiful Visitor Educational Center. 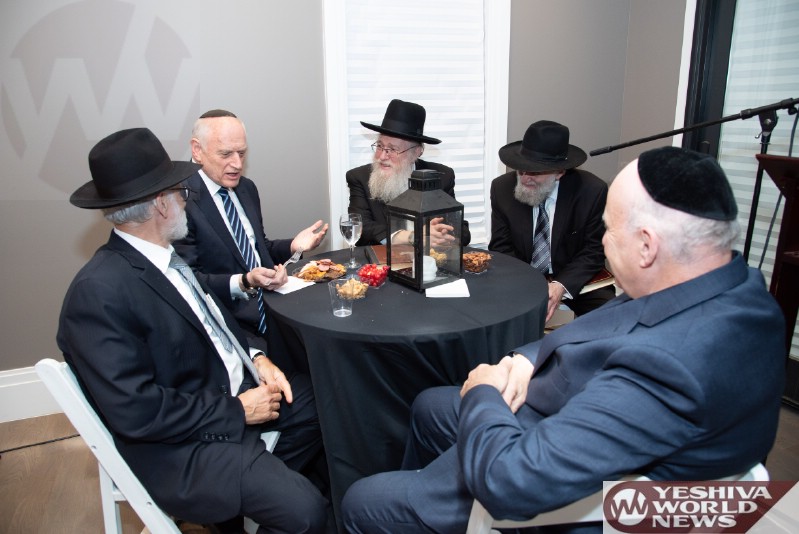