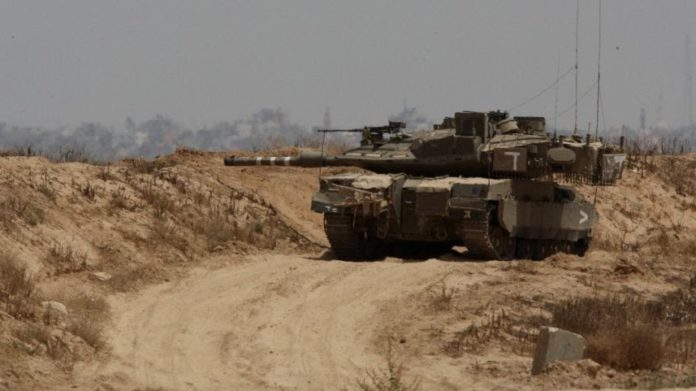 Israel’s military says a tank fired at a Hamas position in the Gaza Strip after Israeli troops came under fire on the frontier while apprehending two armed Palestinians.

The Palestinian Health Ministry said the Israeli shelling on Monday killed a man and seriously wounded another in the northern Gaza Strip. Hamas said the deceased, 25, was a member of its armed terror wing.

The border area has been tense in recent weeks as the Palestinians have held violent mass protests aimed at lifting a blockade imposed by Israel and Egypt after Hamas seized power in 2007. Israeli fire has killed more than 110 Palestinians, most of them during the Hamas-led protests, which climaxed on May 14.