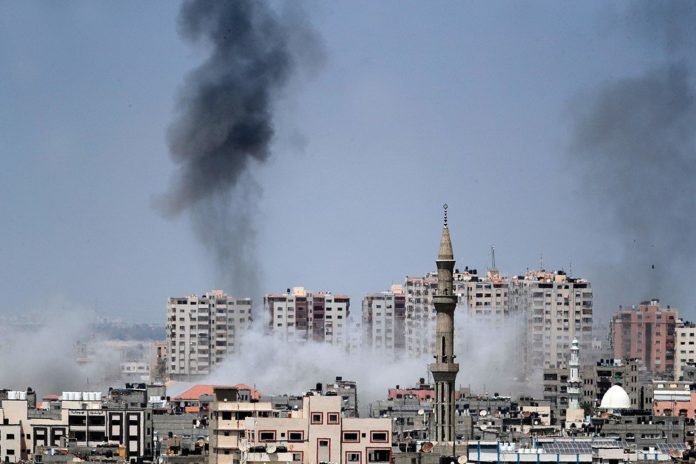 It has been a day of rocket fire from Gaza, the worst since Operation Protective Edge in the summer of 2014. There has also been heavy machine gun fire directed into Gaza border communities from Gaza.

More than 50 mortars and rockets were fired from Gaza towards Israel throught the day Tuesday, 15 Sivan, and the IDF retaliated, as it warned it would.

[LATEST UPDATES: More than 100 rockets have been fired into Israel]

The Iron Dome has intercepted many incoming rockets, while others landed in open fields. However, some landed in a school yard in Sderot while parents and children were present, while another struck a kindergarten yard earlier in the day, before children arrived. The Yad Hashem is present throughout the day.

B’chasdei Hashem, despite the ongoing and heavy rocket fire, there has been no loss of life and only three injuries reported, with the most serious being a young male in moderate condition with shrapnel injuries to his lower extremities. All three have been identified as IDF Soldiers. The army says in a statement the three were airlifted to the Soroka Medical Center in Beersheba. One suffered moderate injuries to his legs, and the other two sustained light wounds.

10 News reports the IDF is preparing for some kind of operation, but without saying if this is a limited or broader scope counter-terrorism operation. In addition, there is no word if Prime Minister Netanyahu or Defense Minister Lieberman have given the green light for such an operation.

The IDF Spokesman’s Office continues to release messages that there will be retaliation to each and every rocket fired at Israel.

As the rocket-fire intensifies, fewer residents are seen outside, as more prefer remaining near safe rooms as instructed to do by the IDF. This is a critical time as many children are being picked up from and returning from schools in areas that schools were no canceled today.

The air force has retaliated, striking over 35 terrorist objectives throughout Gaza, including targets aligned with the Palestinian Islamic Jihad.

MDA announced it has moved to heightened operational status in the south. Senior government ministers are conferring with military and intelligence community leaders. There are reports the IDF is preparing for a limited operation in Gaza, however these reports are yet unconfirmed. Residents of Gaza border communities have been instructed to remain close enough to safe rooms and bomb shelters to run for cover when the Red Alert is sounded.

There are reports of damage to some vehicles and buildings, but once again, considering the number of rockets fired, this too is minimal.

Hamas has reportedly sent messages to Israeli leaders via an Egyptian mediator, telling PM Netanyahu it is not behind the attacks, but rather the Palestinian Islamic Jihad. Israel’s position is clear, Hamas rules in Gaza and is therefore responsible for attacks over its border into Israel.

Lt. Col. Jonathan Conricus is reporting from the Israeli kindergarten that was hit by several mortars earlier this morning. The kindergarten is located in a kibbutz near the Gaza Strip pic.twitter.com/vZBa0y0UJm

Meanwhile, fishing boats were also seen around Gaza, reportedly an effort to break the IDF Navy’s blockade of Gaza from the sea. There is no confirmation on this however.

The Iron Dome missile defense system intercepted most of the mortar rounds that were fired this morning by Palestinian terrorists from the Gaza Strip at Israeli communities near the border. pic.twitter.com/qMndJIQlb7

These are 2 of the 27 mortar rounds that were fired this morning by Palestinian terrorists from the Gaza Strip at Israeli communities.

One of them exploded inside a kindergarten!

This demonstrates the savageness of Palestinian terrorism in Gaza that bombards civilians. pic.twitter.com/yNlIC5AJsJ 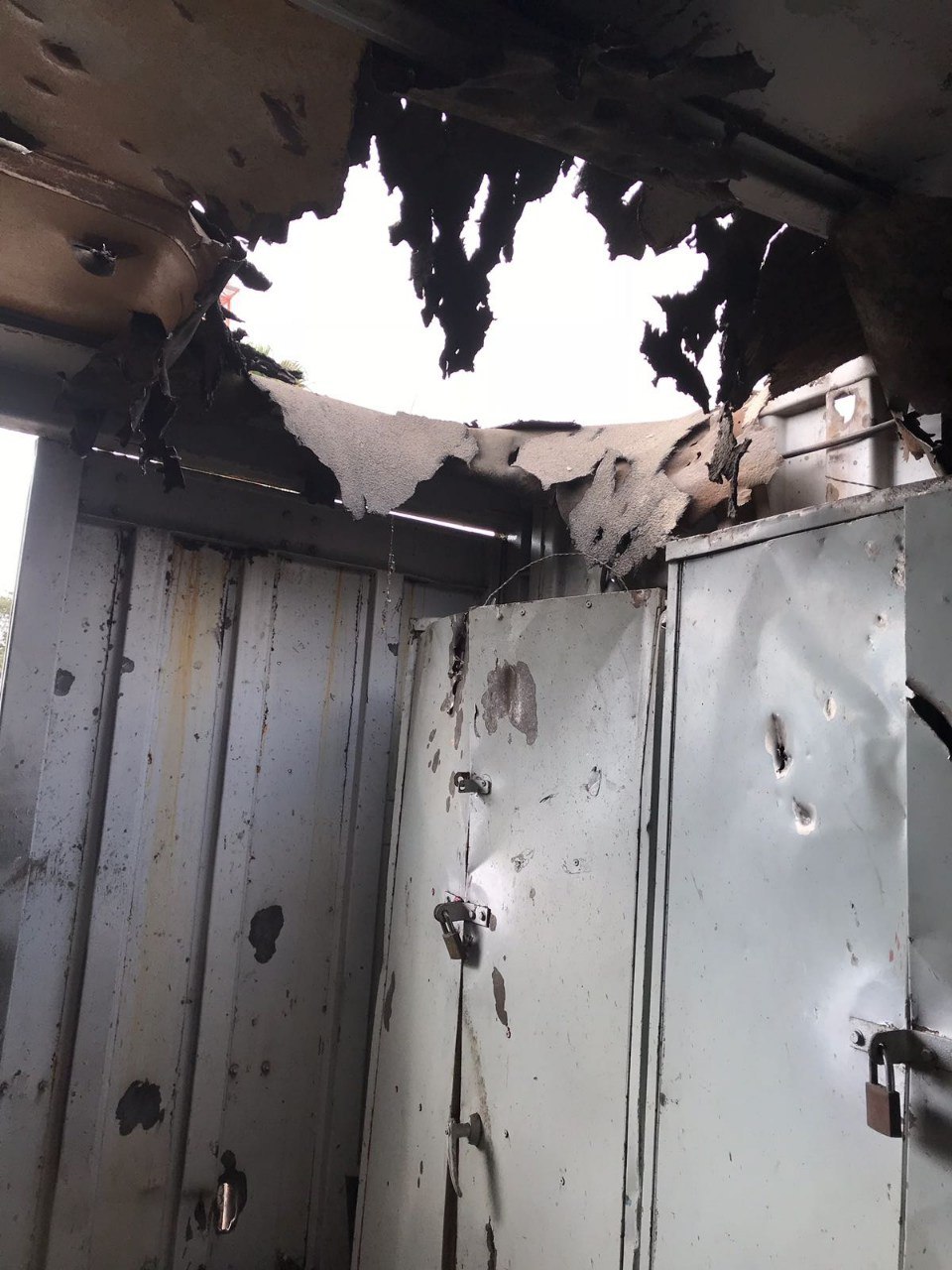 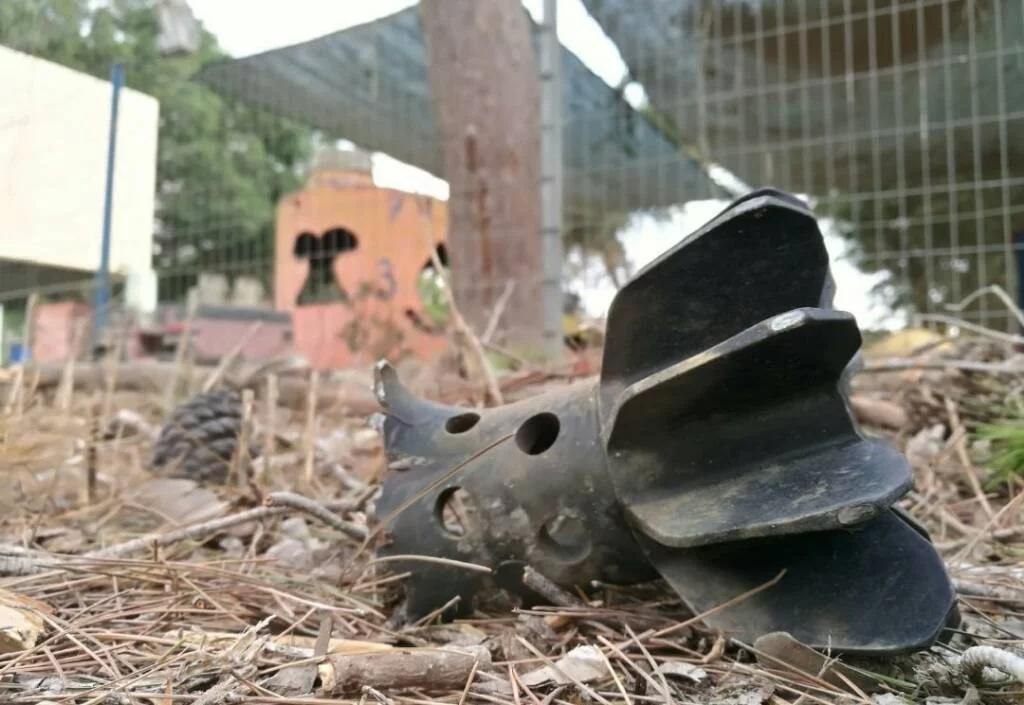 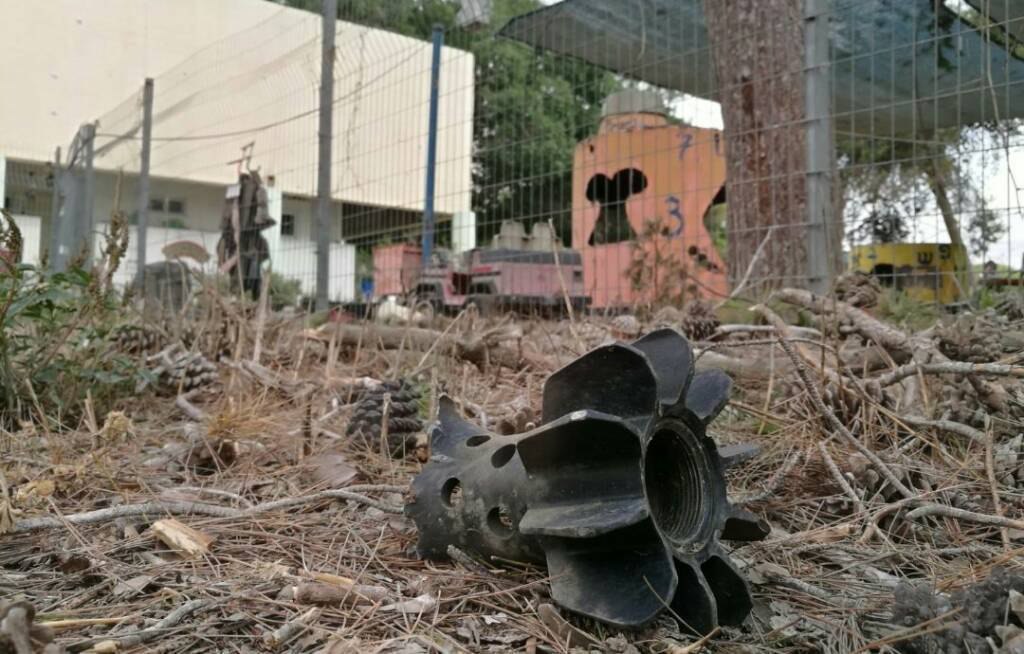 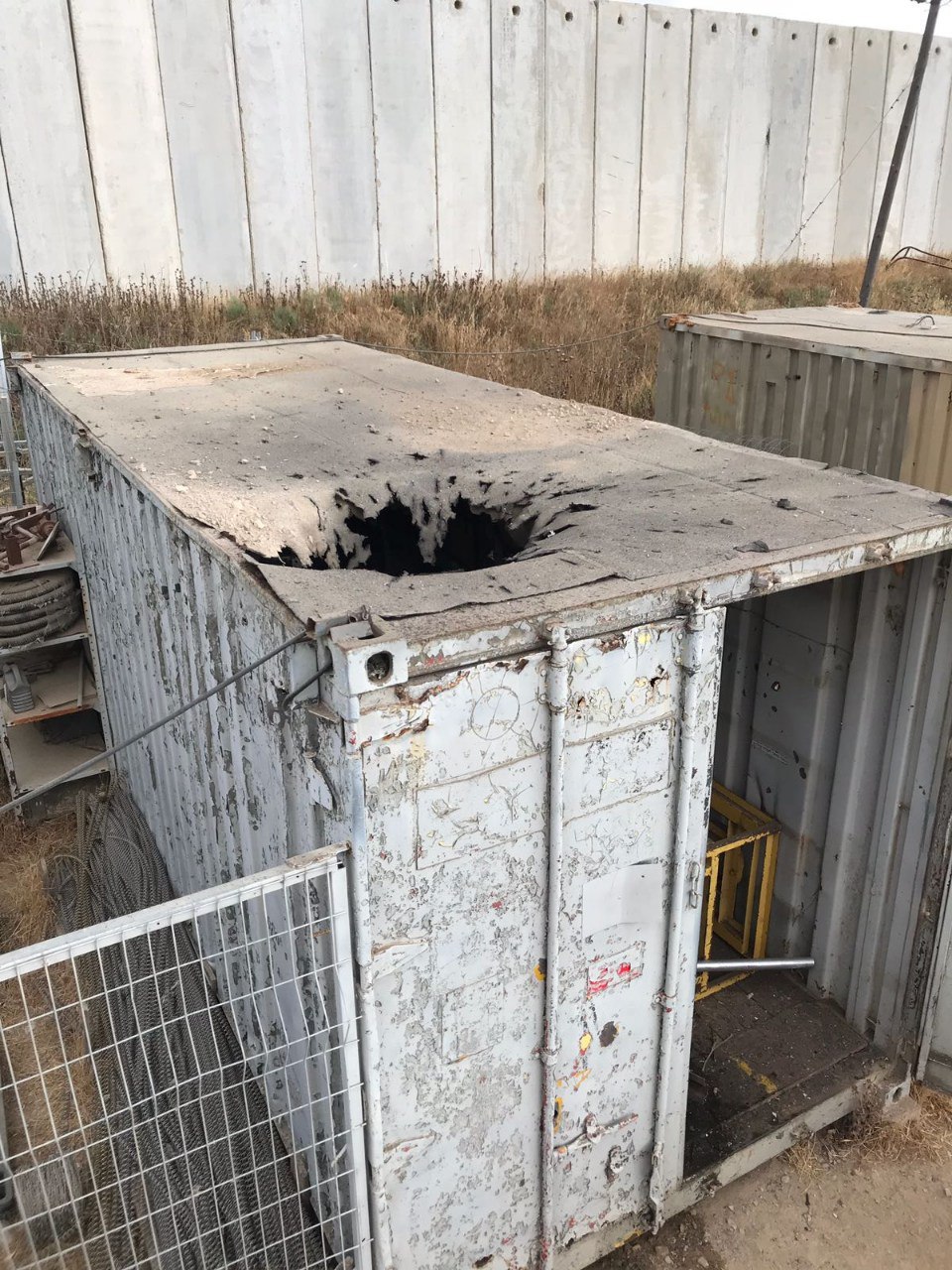 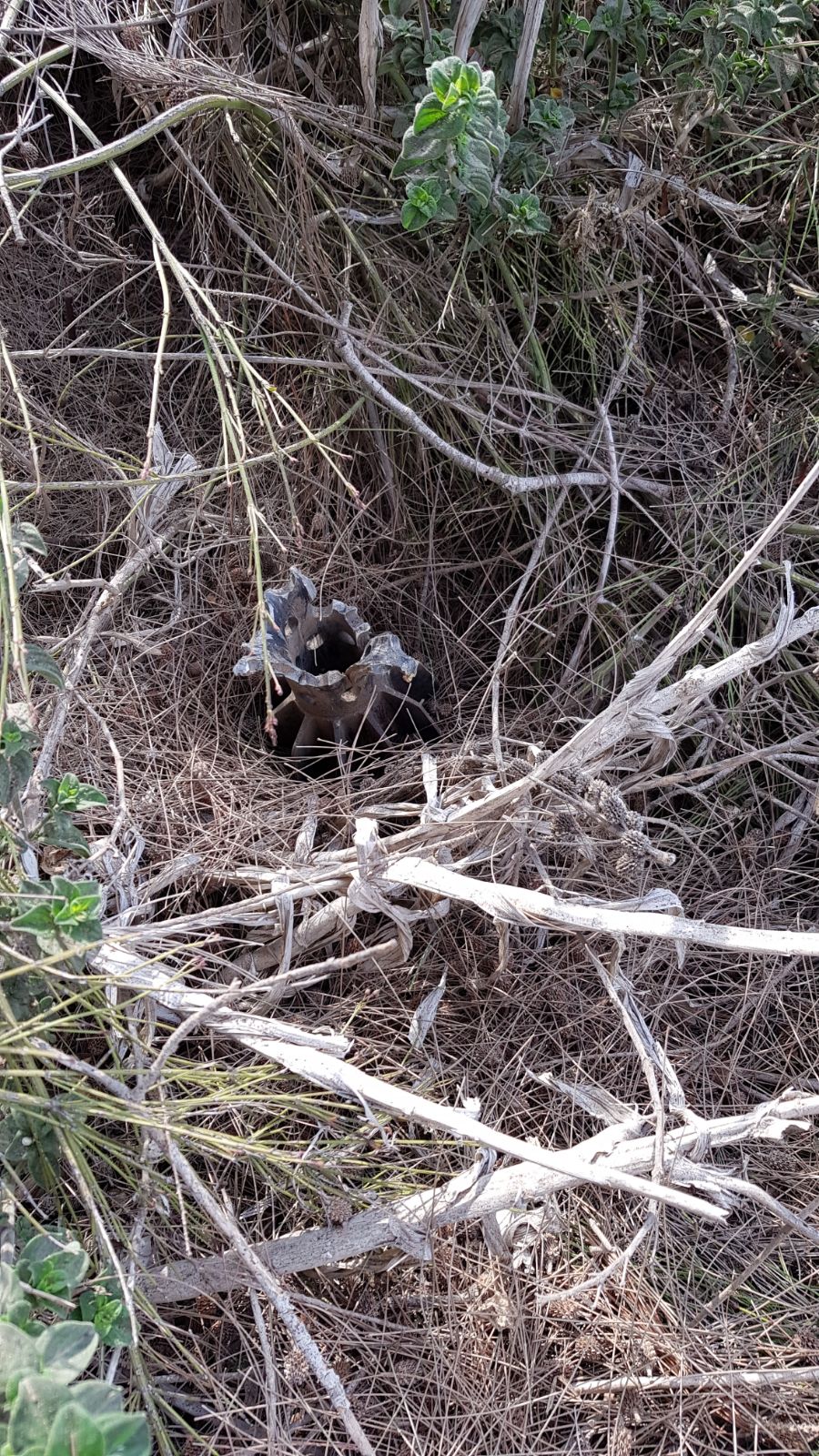 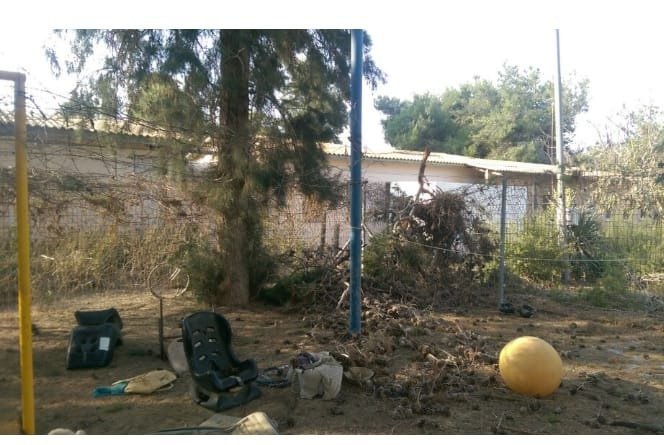