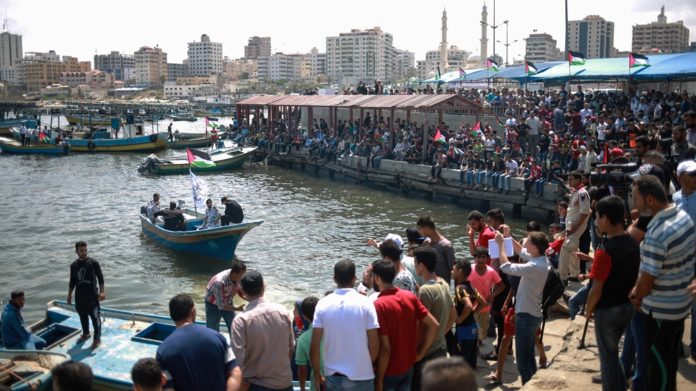 Four fishing boats and one large vessel left the Gaza port on Tuesday morning, 15 Sivan with the intentions of breaking the IDF embargo on Gaza. The flotilla was intending to reach Cyprus. The navy was rather calm in its response, but the vessels received the notice, which they realized was not a bluff, that they would not be permitted to pass the no-fishing zone.

The vessels continued calling the navy’s bluff, but at some point, the boats, carrying 25 Palestinians, was transferred to the Israeli port of Ashdod on Tuesday, according to the Israeli army.