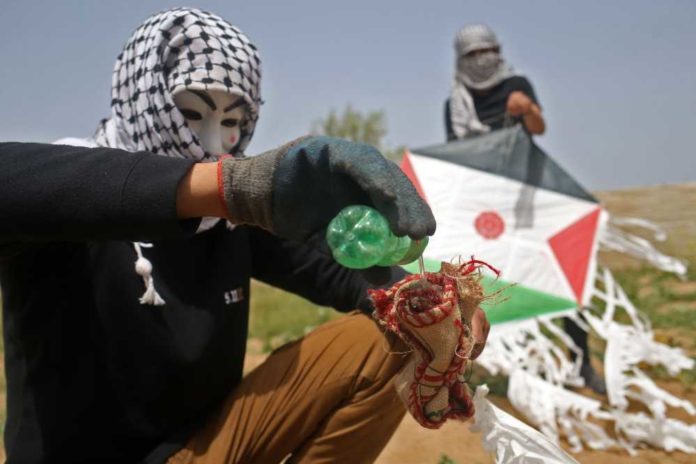 In addition to destroying the infrastructure used by terrorists in Gaza and deterrent gunfire, technological means are being deployed to combat the latest low-tech assaults from Gaza, which at the very least are resulting in many fires to fields along the Gaza border daily.

Sophisticated drones have been deployed to down the kites, but one of the real problems is that many, if not most of the kites are not seen. Specialized radar and other technological means are being used to detect the kites, sending information to the operators of the drones, who may then take appropriate action.

An Elbit device being used can mark its target 30km (18 miles) away with a laser, but once again, the area is vast, and the issue is detecting the kites. Israel’s military industries have come up with a number of new technological idea, albeit with low success rates. Simultaneously, with some 20 plus fires daily, reservists have been called to duty to assist in battling the fires.

Once again, Gaza-based terrorists are using low-tech to compel Israel to spend enormous sums of money in research and technology to fight against them.