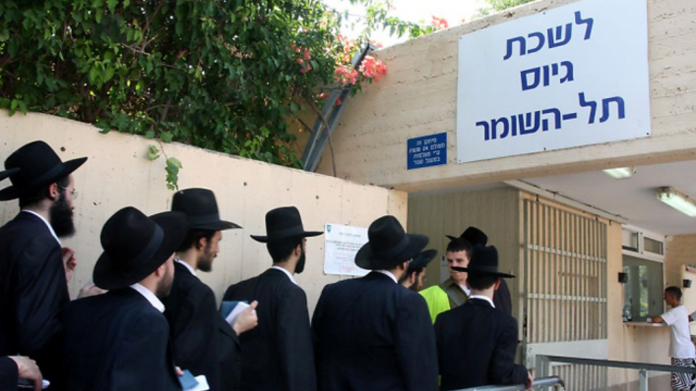 The two came to discuss the details of the new draft law with the Rosh Yeshiva, and to hear his opinion on the issue, after HaGaon HaRav Yehuda Cohen issued a decisive decision against the new law and ruled that it was necessary to change it. The meeting lasted for some two hours. It is known that HaGaon Rav Cohen explained that the law in its present form may not pass.

BeChadrei Chareidim reports the meeting was arranged after the meeting last week between Rav Yehuda Cohen and Aryeh Deri, during a cornerstone laying ceremony in Beit Shemesh. It was there that Deri briefed Rav Cohen on the law and its ramifications.

Rav Yehuda Cohen continues speaking out against the law, calling on other Sephardi rabbonim to follow his lead, insisting the law may not be permitted to pass. Atias continues his efforts towards achieving achdus among the Sephardi rabbonim.