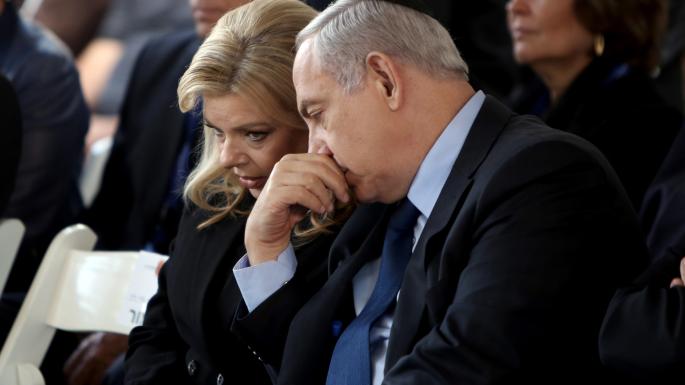 Israeli Prime Minister Benjamin Netanyahu on Monday delivered an impassioned defense of his wife ahead of her trial later this month for misusing public funds, saying she was “heroically” withstanding a media onslaught that has been “trampling her image.”

Netanyahu’s comments to his friendly Likud faction in the Knesset, came after days in which unflattering transcripts from police investigations of Sara Netanyahu have been leaked to the media on a near-daily basis.

In the transcripts, she complains about the quality of food served at the prime minister’s residence and uses expletives to describe the staff.

“For 20 years, they have been trampling her image in the media every day and every night,” the prime minister said, pounding his hand on the table. “Sara is an amazing woman, a wonderful mother, she was a perfect daughter to her parents and the media completely ignores all her public activity.”

Likud lawmakers clapped enthusiastically in agreement, with several yelling out the causes Sara Netanyahu has championed.

She was charged last month with fraud and breach of trust for allegedly overspending roughly $100,000 on private meals at the prime minister’s official residence, even when there was a full-time chef on staff.

She has long faced allegations of extravagant living and abusive behavior. In 2016, a court ruled she abused an employee and awarded the man $42,000 in damages. Other former employees have accused her of mistreatment, charges the Netanyahus have vehemently denied, and of excessive spending and charging the state for her private, expensive tastes.

Netanyahu slammed the indictment but said his wife was dealing with the criticism with dignity and was buoyed by public support.

But it threatened to reinforce the unflattering reputation the Netanyahus have gained over the years of enjoying an expensive lifestyle and being out of touch with most Israelis.

Netanyahu also faces several police investigations into alleged corruption, including accepting expensive gifts from billionaire friends. The Netanyahus have denied any wrongdoing, and say they are the victims of a political witch hunt and hostile media.

Netanyahu himself is suspected of promoting regulations that provided hundreds of millions of dollars in benefits for the company in return for more favorable coverage of the Netanyahu family on Bezeq’s influential news site, Walla.