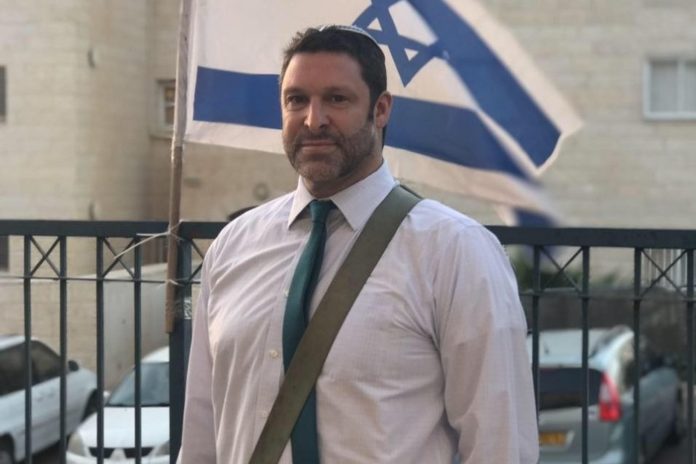 Mrs. Miriam Fuld, the widow of Ari Fuld HY”D, who was murdered last month in a terrorist attack in Gush Etzion, sent a letter to the head of the IDF Central Command calling on him to demolish the home of the terrorist who murdered her husband.

“I have a simple question,” wrote Fuld in a letter addressed to head of the IDF Central Command Major-General Nadav Padan, “Why is the decision to demolish the home of the depraved terrorist being delayed?”

“It’s important for me to emphasize,” continued Fuld, “that the desire to advance the home demolition of the murderer does not stem from a place of revenge. Rather, this demand is intended to increase deterrence in order to save lives.”

Fuld added: “Ari won’t return to his family, but I know that he would act as I am, out of a desire to prevent even one more family from experiencing the same pain and suffering that we have.”

“In his last breath, Ari acted with extraordinary courage to protect other citizens from being killed,” said Hirsch. “The family now expects for the security forces to act, like Ari, to protect the citizens of Israel against other murderers and increase deterrence by means of demolishing the terrorist’s home.”

“The claim that the mother of the terrorist warned of his intention to carry out an attack was examined and was rejected,” added Hirsch. “It is unfortunate that the Fuld family needs to chase after our security forces to receive an answer that should be a simple matter.”

Matan Peleg, CEO of Im Tirtzu that assists the “Choosing Life Forum” of bereaved families, said: “There is only one way to stop the industry of terror, and that is by creating a significant deterrence package.”

“The first clause of this deterrence package,” continued Peleg, “needs to be demolishing the terrorist’s home within 24 hours of the attack. It is unfortunate that the State of Israel is not succeeding in overcoming the legal ambiguity and self-righteousness that it itself created. This significantly weakens the deterrent capabilities of the IDF and security forces.” 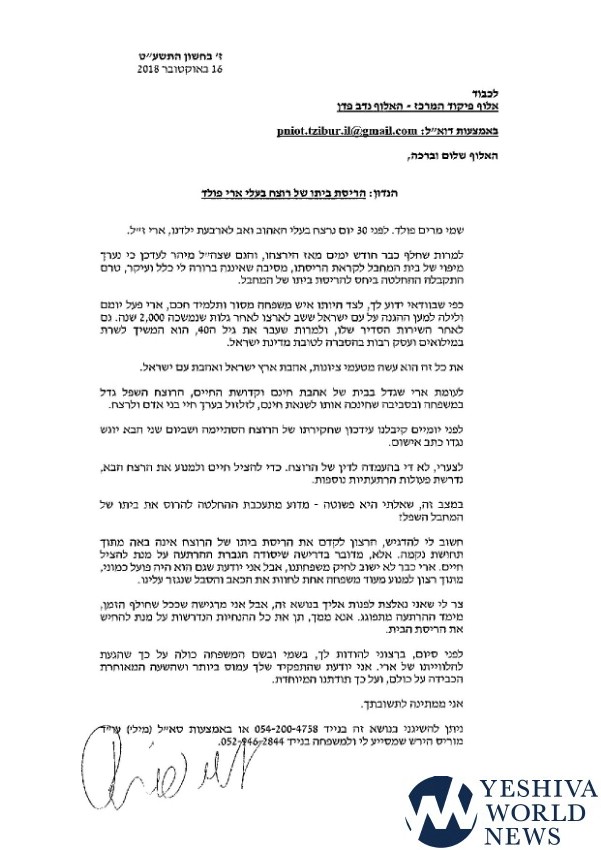