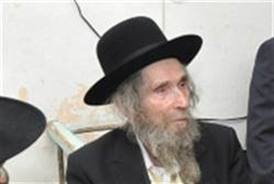 A Yeshiva student visited with HaGaon HaRav Aaron Yehuda Leib Shteinman Shlita seeking the Gadol Hador’s advice as he feels he can no longer remain in beis medrash, lacking fulfillment from his learning as he explained his situation. According to a Kikar Shabbat report, the young man asked what his next step in life should be, explaining to the rav he is considering enlistment into the IDF as an option.

The rav took the young man by surprise to put it mildly, instructing him “travel to India” in response to his thoughts of joining the IDF.

When the young man left the bnei bayis of the rav asked him why he said davka to travel to India. “What do I know” said the rav, adding “Perhaps they sent him and he has a recording device in his pocket. Afterwards he will go to the radio and media and publicize what I said, that I told him that he can go into the IDF.”

In the interim, warning notices of imminent arrest have arrived at the homes of hundreds of bnei Torah in line with the Defense Ministry decision to begin the draft of eligible chareidim.