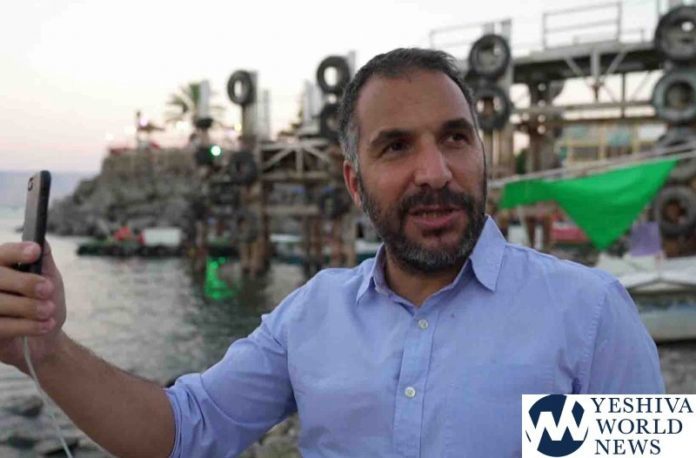 The incoming Mayor in Tiveria, self-hating Jew Ron Kobi, has once again shown his hatred towards Chareidim. Kobi went to the Shul of HaRav Avraham Dov Auerbach in the city on Tuesday evening, and personally ripped down signs that the Rav Auerbach wrote and posted against any cooperation with the new mayor.

According to eyewitness testimony given to Bechadrei Chareidim – and video footage posted below – Koby arrived at the Shul around 7:30PM, accompanied by television cameras. The mayor read the letter aloud to the gathered media and then proceeded to tour the premises and tear down the sign that had been posted. He tore it up in anger before leaving the shul. 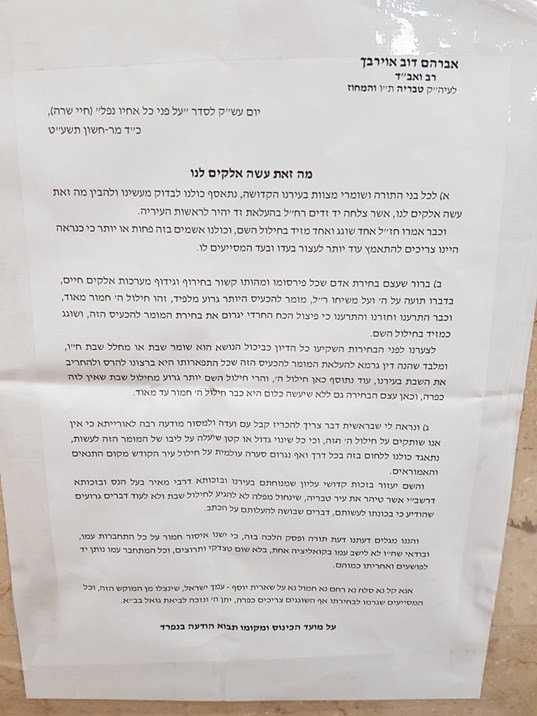 Kobi responded to Bechadrei about his actions by saying: “I will rip up any letter that calls for subversion against me. If they act in a proper manner, one that is not subversive, and if they give respect to others, then I will respect them as well. Anyone who hangs Pashkivilim, I will personally act against them with the full force of the law to place him beyond the law, and anyone who does not understand this will understand me another way.”

It was unknown what Kobi was referring to when he said they (the Charieidm) will “understand me another way”.

Just last week, Kobi told the media “I want the chareidim to continue to grow – outside of Tiveria. Today, the chareidim comprise 22% of the city and they must not be permitted to reach 30%”.