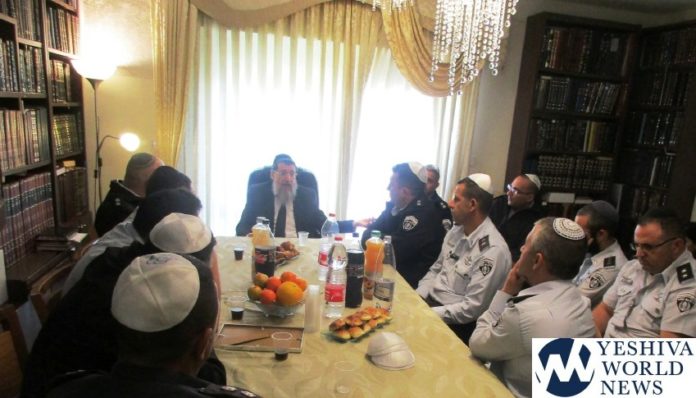 The residents of Minchas Yitzhak Street in Jerusalem rubbed their eyes as more than twenty prison commanders from all over the country dressed in uniforms and armed with weapons exited a large vehicle with dark windows and entered a residential building in the chareidi neighborhood.

It turns out that as part of the training of the prison commanders, they wished to acquaint themselves with the leadership of the chareidi public. They went to Jerusalem to listen to a shiur at the home of posek Rabbi Bentzion HaKohen Kook, who heads the Beis Hora’ah HaKlali in Yerushalayim, one of the leading talmidim of the late posek Maran HaGaon HaRav Yosef Sholom Elyashiv ZT”L.

After the conversation, the commanders raised a number of questions in halacha, emunah and faith, and coping with the observant prisoners in the prisons. Among other things, the commanders asked about the polarization existing between the chareidim, dati leumi and secular. Rabbi Kook surprised them by saying: “Secular, there is no such thing!”