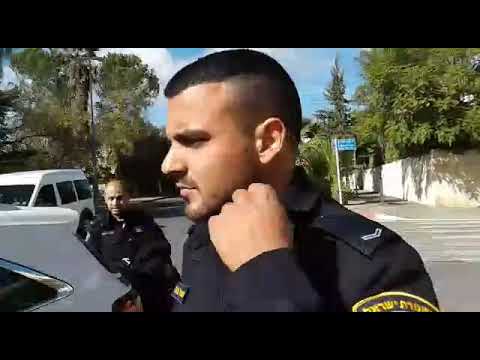 The accompanying video shows a portion of the violent arrest of a 16-year-old teen, who is described as affiliated with the so-called ‘Hilltop Youths’. The arrest took place in the Ramot neighborhood of Yerushalayim on Wednesday, 27 Kislev, and according to family, neighbors and eyewitnesses, as well as some video documentation, police were unjustifiably brutal in the execution of the arrest of young man.

Attorney Adi Kedar of Honenu is representing the minor. In addition, the organization sent an urgent complaint to police regarding the violent arrest.

The testimonies indicate that at 10:30AM, three policemen arrived at the minor’s house and asked him to come outside with them. “When he arrived near them, they stormed him without warning, without presenting him with an arrest warrant, without asking him to accompany them to the police vehicle, and without doing anything as they should have,” statements of witnesses explain.

According to the eyewitnesses, the policemen put the child on the floor in the street, handcuffed him and put him in the car. The complaint further states that eyewitnesses were “shocked to the depths of their souls,” and one of the neighbors’ little daughter began to cry at the very sight of how they handled the arrest and the violence used against the teen.

The letter of complaint ends with a statement and a request that “it is clear from the evidence that the detention was not carried out in accordance with the procedures, but much more so that the detention approach was violent and unbridled.”

This appears to be yet another case of police acting as they wish, with impunity as they are dealing with someone who identifies with the political right-wing. No shouts of concern are heard from child protection officials or social services, nor are the voices of police supervisors heard regarding enforcement of procedure pertaining to the arrest and/or interrogation of minors. When it comes to such cases, Honenu is too often a lone voice while official agencies prefer to remain silent. 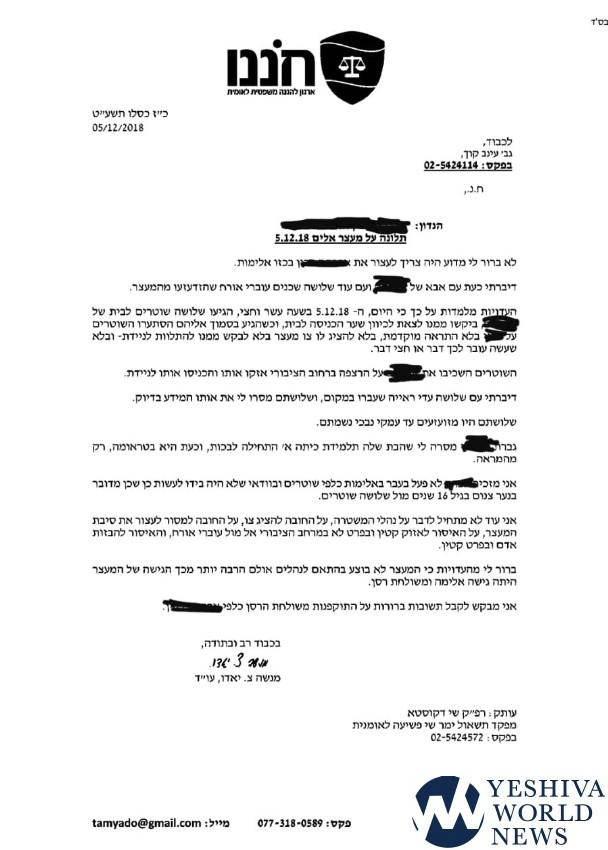