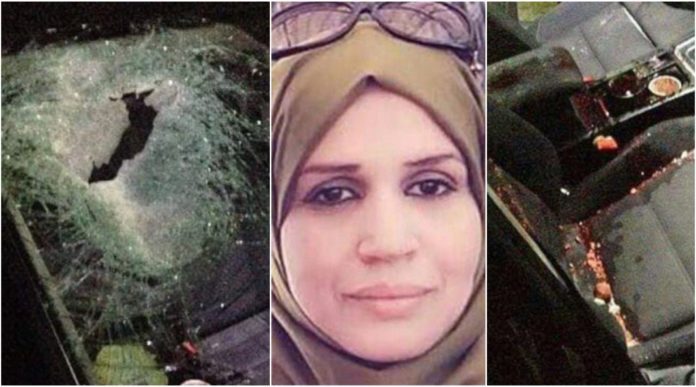 Regarding the ongoing investigation by the ISA (Israel Security Agency/Shin Bet) into the ‘Jewish terror’ affair: Four of the five suspects who have been detained so far will be released at the request of the Shin Bet.

The ISA and the National Crime Unit of the Israel Police Shai District filed a request Thursday to the Magistrate’s Court in Rishon L’Tzion for their release under restrictive conditions – house arrest for four of the five detainees, all talmidim in Yeshivat Pnei Haaretz in Yishuv Rechalim in Shomron. The security agency feels there is still a connection between them and the October 2018 rock attack that claimed the life of 48-year-ol Aisha Rabi, a Palestinian mother of eight.

In response, right-wing activists, who have so far claimed unnecessary and unlawful abuse of minors, were outraged.

Attorney Itamar Ben-Givir represents one of the minors who was interrogated for 12 days by the ISA. According to his argument, the boy was prevented from meeting with a lawyer for seven days, during which the minor claimed that the interrogators spit on him, told him things bordering on harassment, tied him up for many hours, manipulated him, claimed that his parents had turned him in, and even presented him with bogus documentation to show his father was arrested because of him.

Ben-Givir explained, “I do not understand how the State Prosecutor’s Office permitted the arrests when it was clear from the start that there was no actual material linking the suspects, including my client, to involvement in the affair. My client spent 12 days in a serious interrogation that traumatized him, and now one is asked: Who will compensate him for this trauma? I expect Shin Bet interrogators to conduct a soul-searching, and I estimate that the last detainee will also be released within a short time.”

Attorney Chai Haber of Honenu adds, “Unfortunately, as expected, the Shin Bet now informed the court that it is asking to release all but one of the suspects from detention, and of course we are happy about that, but we will demand that an investigation be conducted into the situation which included harsh interrogation of innocent suspects while completely ignoring their cries and the cries of the families and attorney. Again, the Shin Bet caused psychological damage to the boys.”

Police entered the yeshiva attended by the teens, all minors, and arrested them in front of their friends and teachers, then detaining them under harsh conditions and harsh interrogation and torture, the families and Honenu report. Honenu and Ben-Givir accuse the Shin Bet of acting illegally, as well as entering the yeshiva without authorization.

In response to the release of the four suspects, the ISA responded: “Today, the detention of one of the suspects was extended by six days, and it was also decided that some of the suspects could be interrogated under house arrest and under restrictive conditions.

“Since the arrests, there has been a deliberate and ongoing effort by interested parties to disrupt the course of the investigation, including disseminating false information about the conduct of the interrogation, while defaming the ISA and its employees. The ISA stresses that the organization will not be deterred and will continue to act resolutely against any involved party terrorist activity wherever it is.”

In the video, we see the dancing that followed the release of four of the detainees.