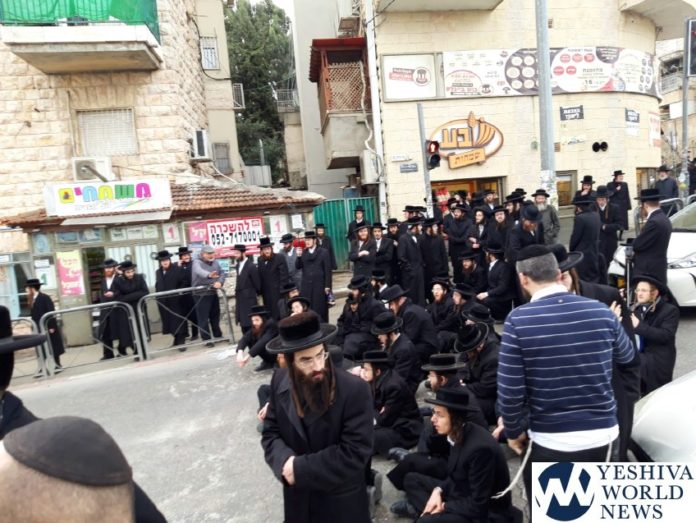 A small number of chareidim gathered on a cold Jerusalem afternoon, at the intersection of Bar Ilan and Yirmiyahu Streets, in protest of autopsies being performed on the persons found murdered in an apartment in the Armon HaNatziv neighborhood of the capital on Sunday. Police arrested three persons for disorderly conduct.

Michael Gutwein of ZAKA’s legal unit explains that the autopsies are being performed with consent of the family due to the circumstances surrounding their deaths, and they are being done with a “halachic heter under the supervision of Rav Rosa”.

Police are still investigating the case to determine the motive and to catch the murderer(s).