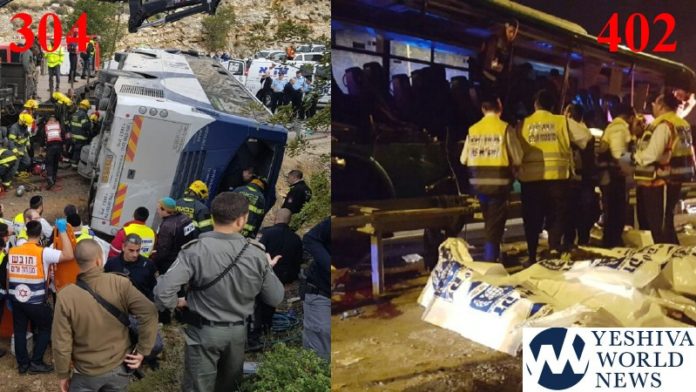 As the images traveled around the world following the horrific crash of the 304 bus on Sunday morning, a shocking piece of information was soon discovered.

It is three years ago to the Hebrew date (ה אדר) when the “402 bus” was involved in a horrific crash on Highway 1, resulting in the deaths of six people R”L.

In that crash the driver failed to notice a truck that had stopped on the shoulder and was sticking out into the roadway. The entire right side of the Egged bus was peeled off, resulting in the fatalities.