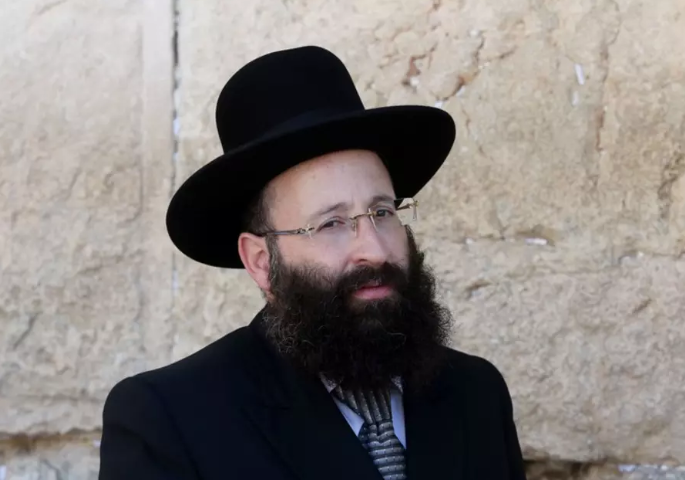 Following is the rav’s letter:
Bs”d

Open Letter to the Administration of Amnesty International

A report that you published has been brought to my attention in which you demand of tourist companies to refrain from publicizing Jewish heritage sights in Israel.

King David taught us, “The praises of a man are that he did not follow the counsel of the wicked, neither did he stand in the way of sinners nor sit in the company of scorners.” I have no idea under whose wicked counsel and guidance you have made your decision to publish this report, but I can say that more than anything else, it embarrasses you and your aims.

I am sure that you are familiar with both Jewish history in Israel of the past 4,000 years, as well as the history of the Israeli-Palestinian conflict and the cynical use of religious values to justify blatantly trampling on the Jewish nation’s past and heritage.

As you well know, the Government of Israel provides freedom of religion to Muslims, Christians, and any other religion, much more so than any other country in the Middle East. Ancient artifacts from the Mamluk, Umayyad, Crusader, early Christian, and Byzantine periods are sensitively and responsibly cared for by the Israel Antiquities Authority. The Muslim Waqf enjoys unprecedented status and sovereignty – including the freedom to cause unfathomable archeological damage during construction work on the Temple Mount.

I would like to believe that despite your actions – your intentions are good, and that you actually do wish to put an end to this 115-year cycle of violence in the Land of Israel. But know this – without truth, there can be no peace. As the prophet Zechariah said, “Love peace and truth”. As long as you continue to treat the Jewish nation’s heritage in its land as a political issue, and its holy sites as conquered lands, not only will you not put out the flames, but you will be fanning them by your actions.

Unfortunately, there are many who wish to turn the holy sites around the Land of Israel into places of dispute and strife. We, members of all religions, must teach the entire world to bow our heads with humility before He who created the world, and to understand that the land belongs to He who created it, and not to us.

I wholeheartedly believe that heritage and sacred sites can and must be sources of inspiration, love, and peace between all religions and nations. I call upon you to immediately renounce this superfluous and harmful report, and join me and many others like me, Jews, Muslims, and Christians, who live side by side, respecting each other’s heritage, and wishing to live with true tolerance in his land that is holy to us all.