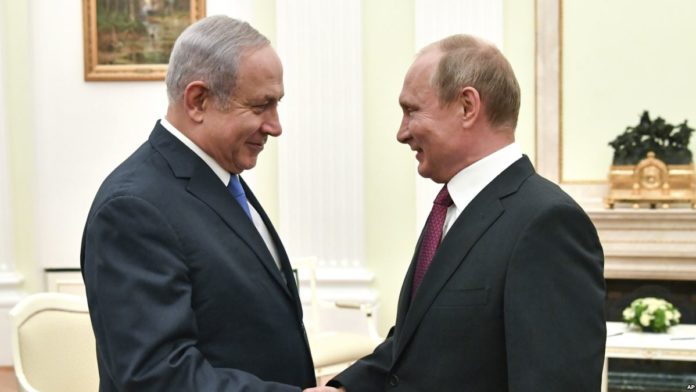 An Israeli government official says a planned meeting in Moscow between Prime Minister Benjamin Netanyahu and Russian President Vladimir Putin has been postponed.

The official, speaking on condition of anonymity Wednesday because of the sensitivity of the matter, says the meeting was delayed in mutual agreement. The two will have a telephone call Thursday and schedule a new meeting soon.

Netanyahu and Putin have been recently holding regular consultations to coordinate operations in war-torn Syria. The meeting was to be the first since a Russian plane was shot down in Syria by anti-aircraft fire.

Israeli media report the delay is due to Netanyahu’s domestic political concerns, saying he wants to oversee mergers in his nationalistic camp before a Thursday night deadline to submit party lists for the upcoming April election.