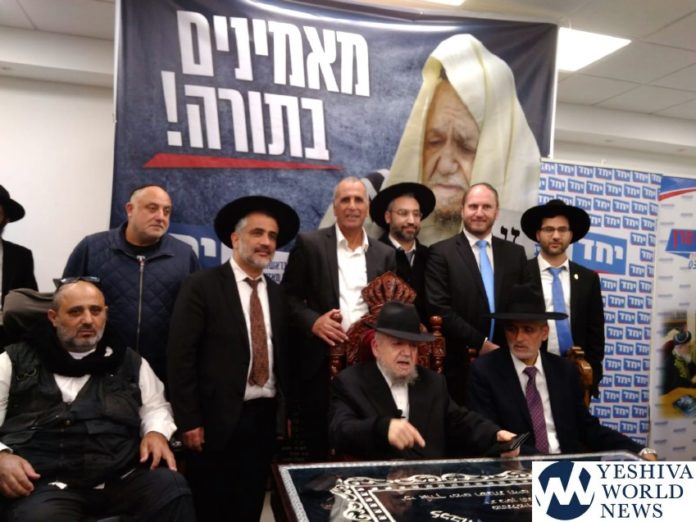 Eli Yishai and his Yachad party officially launched their election campaign – despite the bleak predictions and election polls over recent weeks, including all polls from all news agencies and other sources – that the chances are very slim for Yachad to get into the 21st Knesset.

Rabbi Mazuz was unwilling to accept the Prime Minister’s words, expressing criticism against Shas leader Aryeh Deri. The conversation did not achieve its intended goal, as the rabbi refused the request, and the party is running for Knesset as planned.

In the official event to kick off the party’s election campaign, as seen in the accompanying photos, Rav Mazuz is present, as is party chairman, Eli Yishai. At the event, attended by several dozen party activist, the banner of the campaign was released “we believe in the Torah” (‘מאמינים בתורה’). A number of the rabbis present addressed the audience, and then Yishai took the floor, citing how there are growing efforts to torpedo Judaism and Torah, adding, “they do not understand that if there is no Judaism, there will be no Zionism”. He explained to his audience that there is no alternative to the Torah, to which we remain committed.

Yishai added that city’s across the country, are built on only 12% or 13% of the state land, adding it is unbelievable, and there is much to be done in the field of addressing the nationwide housing crisis. He told the audience that they have developed a major plan which includes a 90% mortgage to buyers, affordable housing, and freeing up at least 2% of the 80% of state land which is now being held by kibbutzim, which he said is sufficient for another 1 million apartment units.

Regarding the struggle of the disabled community, who have taken to the streets over recent months, Yishai said that it is time for the battle to leave the streets and to enter the Knesset, stating the fourth person on his list, Avner Urkavi, is a representative of the disabled community, promising to work with him and to make all of his years of experience available to him to address the issues of this community.

A number of other party candidates addressed the forum as well.

When Rabbi Mazuz got his turn to speak, he used the floor to blast the Shas party. “We always supported Shas, but not this time. This time around, we spoke to them about unifying. The response was, only on the condition that such a unification does not include Eli Yishai. I told them no. I could not do such a thing, it would be traitorous. HaRav Ovadia loved them so much. Is this yosher? Is this emmes? Is this chareidi? Rabbi Mazuz then continued, saying that the Shas party has grown old, Deri is marking his 60th birthday, and while it is written בן שישים שנה לזיקנה, there are those who are 60 who acquire ‘chachma’ and others who do not. The rabbi praised the election event and added that “Anyone fighting for Torah, HKBH works for his good. We are a month before elections and even the eighth slot can be realistic.” 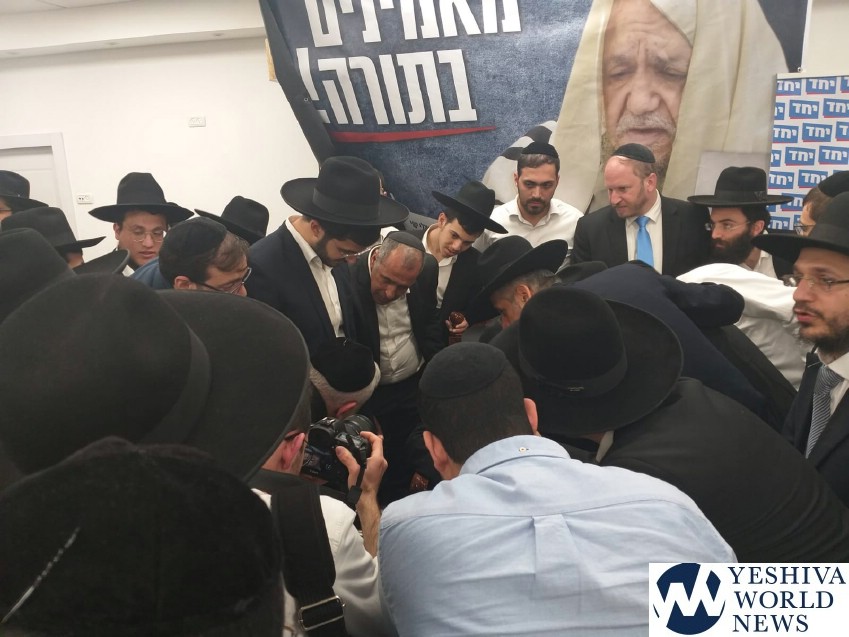 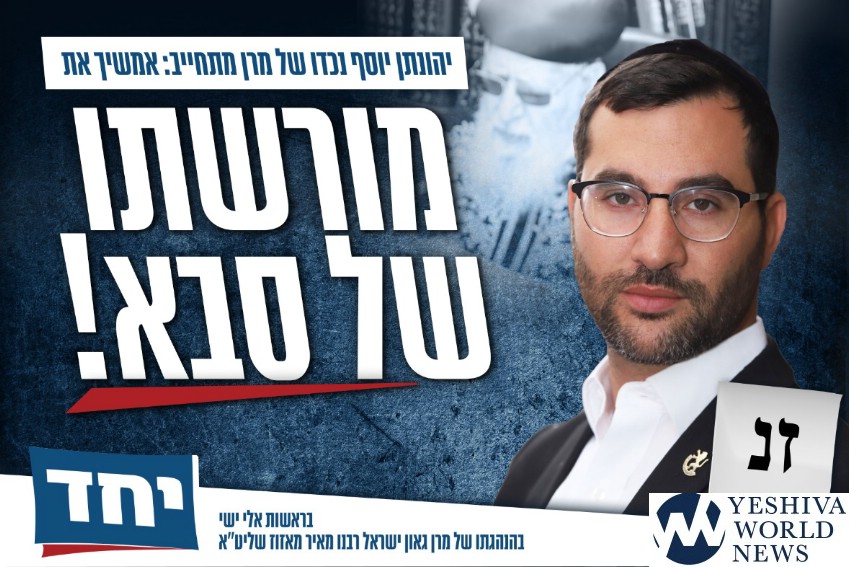 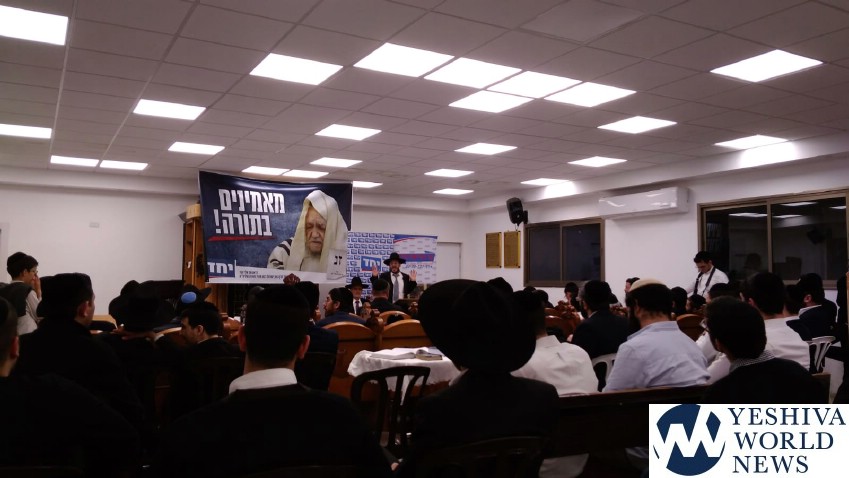 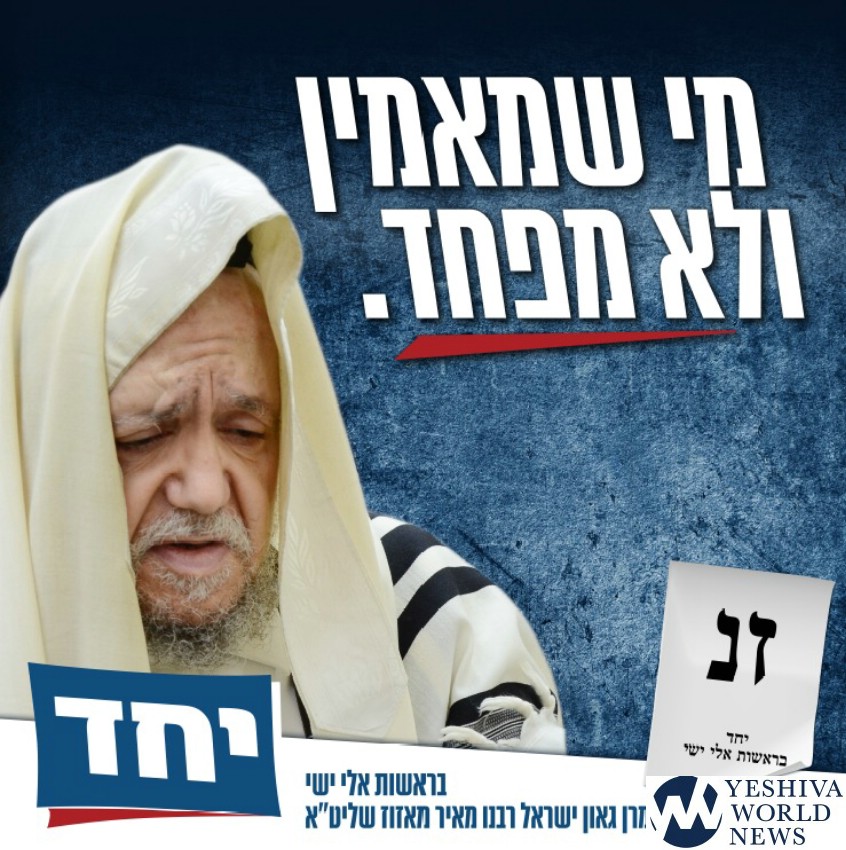 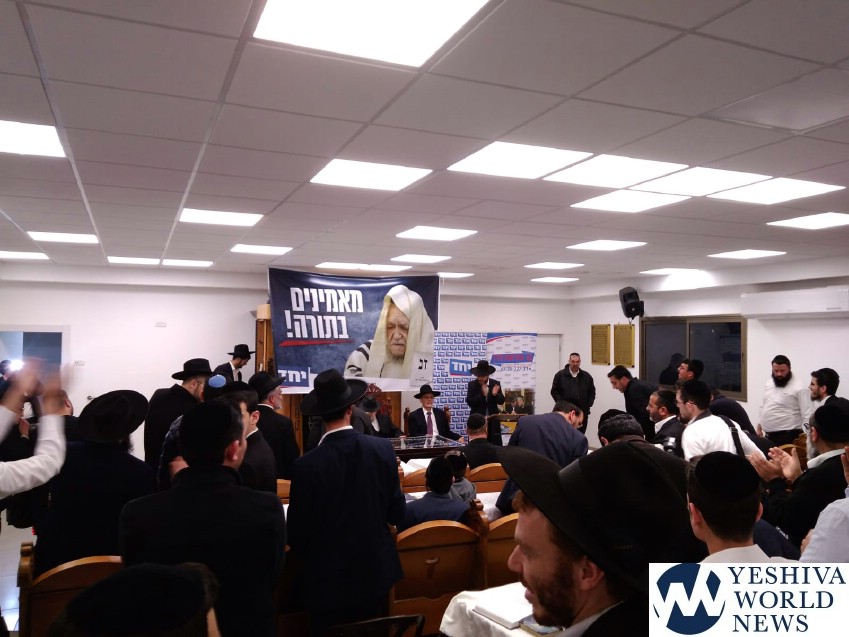 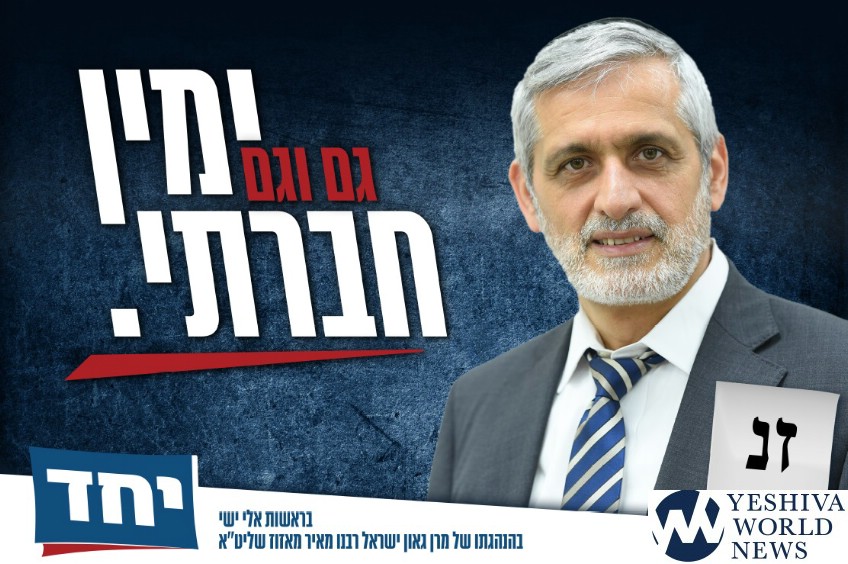 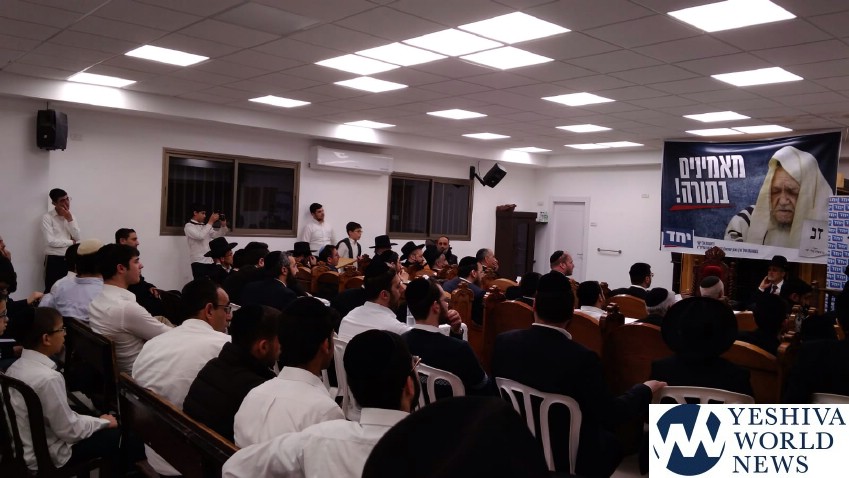 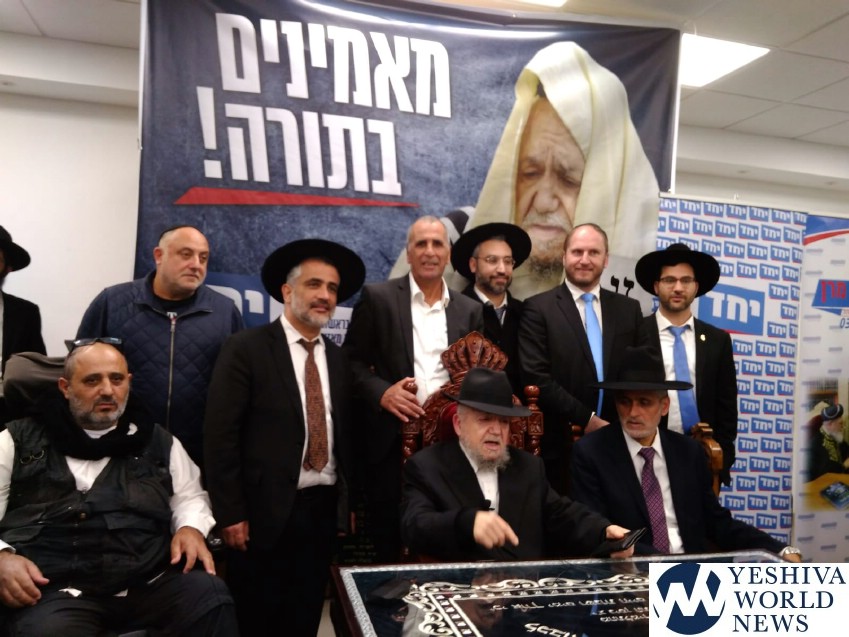 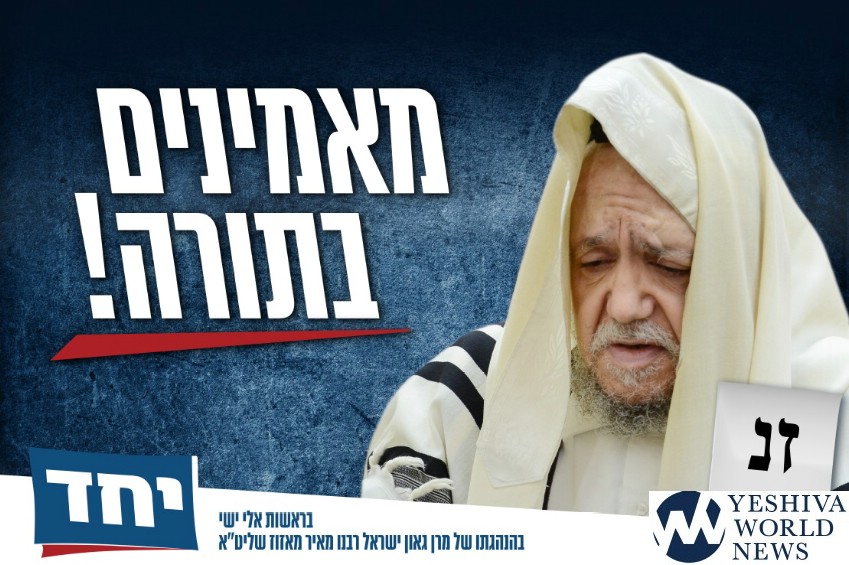 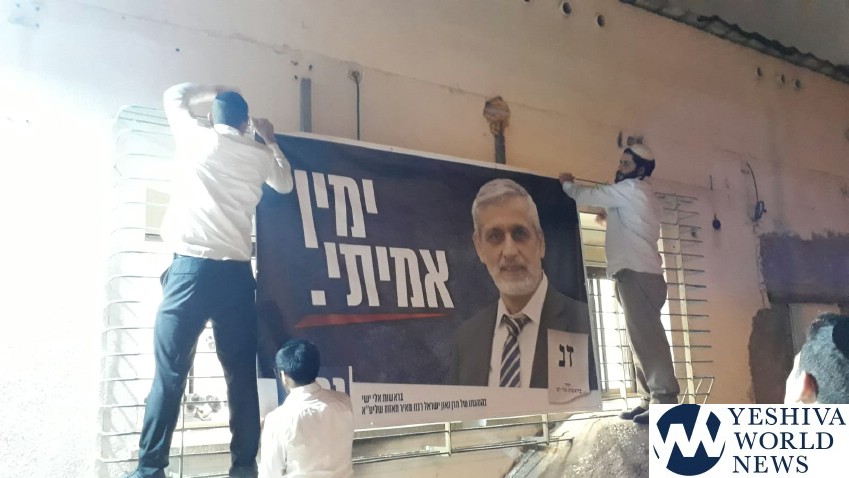