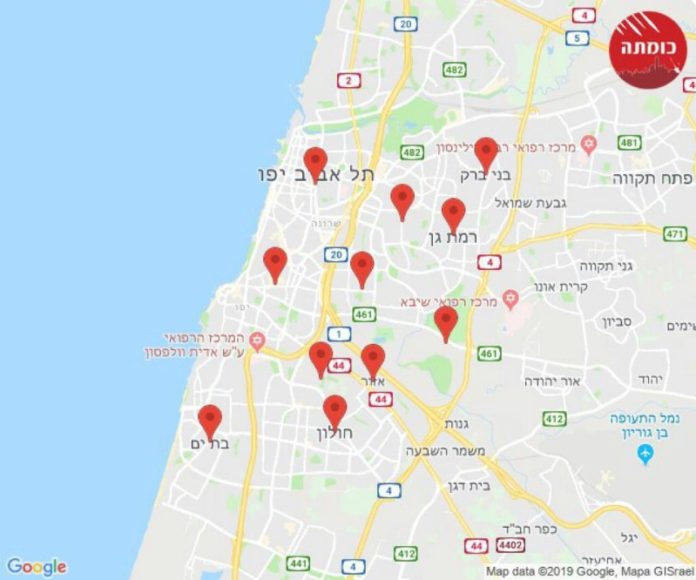 Hundreds of thousands of Israelis across Central Israel ran for cover on Thursday night, as air raid sirens sounded in many cities including, Tel Aviv, Bnei Brak and surrounding areas.

Tel Aviv has not been attacked by rocket or missile fire since 2014, when Israel went to war with Hamas and Gaza.

In the attached videos, you can hear a massive explosion, reportedly from the Iron Dome missile defense system activating.

The IDF says there have been no reported impacts from the two rockets. The rockets appeared to have hit open areas, and did not cause casualties.

Initial reports as well as a video (below) indicated that the Iron Dome has been launched to intercept an oncoming rocket. However, the IDF would only say no interception occurred, and did not confirm that Iron Dome had fired.

“Two rockets were launched from the Gaza Strip towards Israeli territory. The alert and warning systems operated as required,” the army said. “No interceptions were made by aerial defense systems. No damage or injuries were reported. There are no special instructions for the civilian home front.”

A spokesperson for Prime Minister Netanyahu says he will holding an emergency security consultation at the Defense Ministry Headquarters in Tel Aviv.

Many analysts are pointing fingers at the Palestinian Islamic Jihad terror group in Gaza for firing the rockets.

VIDEO APPEARS TO SHOW THE IRON DOME BEING ACTIVATED TO INTERCEPT A ROCKET OVER TEL AVIV:

Prime Minister and Defense Minister Benjamin Netanyahu is holding security consultations with heads of the security establishment at the Kirya in Tel Aviv. pic.twitter.com/U8O91W0XBk

A terrorist from Gaza breached Israel’s border fence carrying an IED and a knife. Our troops stopped him before he could reach families living minutes away. This is why our soldiers are stationed along the Gaza border, to defend those families.