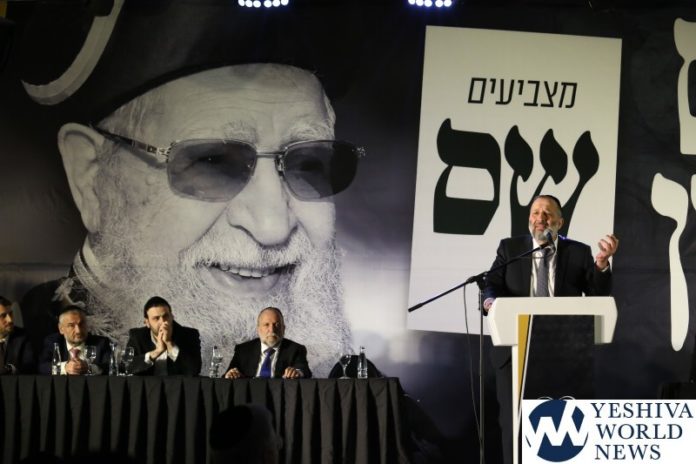 With Election Day for the 21st Knesset less than two weeks away, and just as it appeared Shas would have to scrap its political campaign, the Central Election Committee granted the movement a lifeline, refusing to accept the request of the Movement for Quality Government.

This is a campaign called ‘Yosef Aleichem’ which was called a matching campaign. The Movement for Quality Government claimed that the campaign is an election bribery, since every voter who brings a new voter to the movement will receive a letter in a Sefer Torah which will be brought to the Kosel.

According to the BeChadrei Chareidim report, Chairman of the Elections Committee, Judge Chanan Meltzer, has announced that he will not comply with the request of the Movement for Quality Government to immediately ban Shas’ ‘Yosef Aleichem’ election campaign. Meltzer did schedule a hearing on the matter for next week, with Election Day being Tuesday, April 9, 2019.

Shas officials told the Central Election Committee that a letter in a Sefer Torah is an abstract that is certainly not defined as an object, and certainly does not fall into the category of a cameo or giving a bracha, with both being prohibited in the campaign.

The accompanying photo is the letter from Justice Meltzer informing the sides the hearing will take place on Sunday, March 31, 2019. 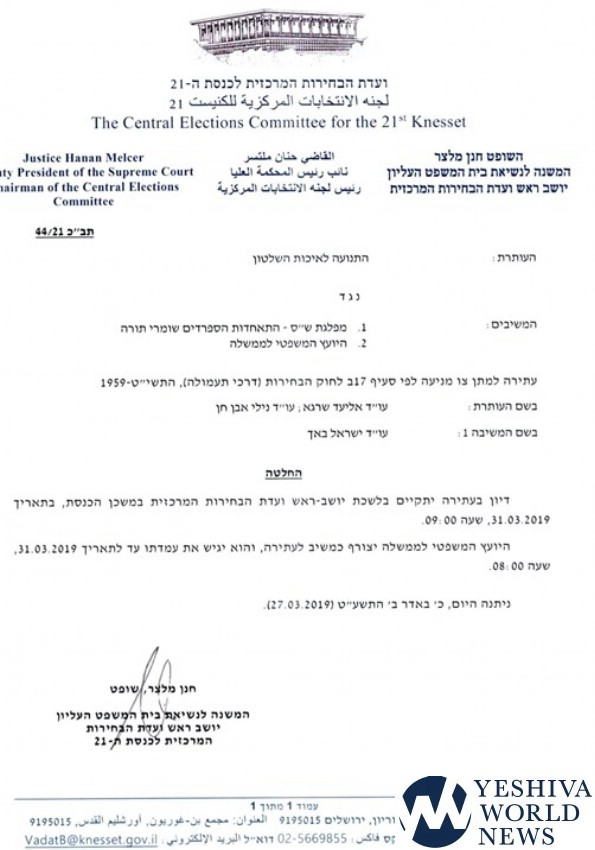