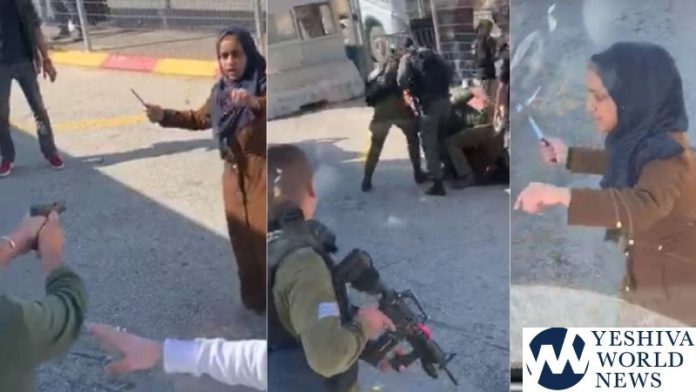 During an inspection of a passenger who was on a bus at the a-Zaim Checkpoint near Maale Adumim, a female resident of Tulkarem pulled out a knife, apparently to stab one of the security forces present.

Security forces immediately implemented the protocol for restraining a suspicious person, taking her into custody without incident after a warning shot was fired into the air.

B’chasdei Hashem, there were no injuries among the intended victims.

Watch the video below of the dramatic takedown by Security Forces.