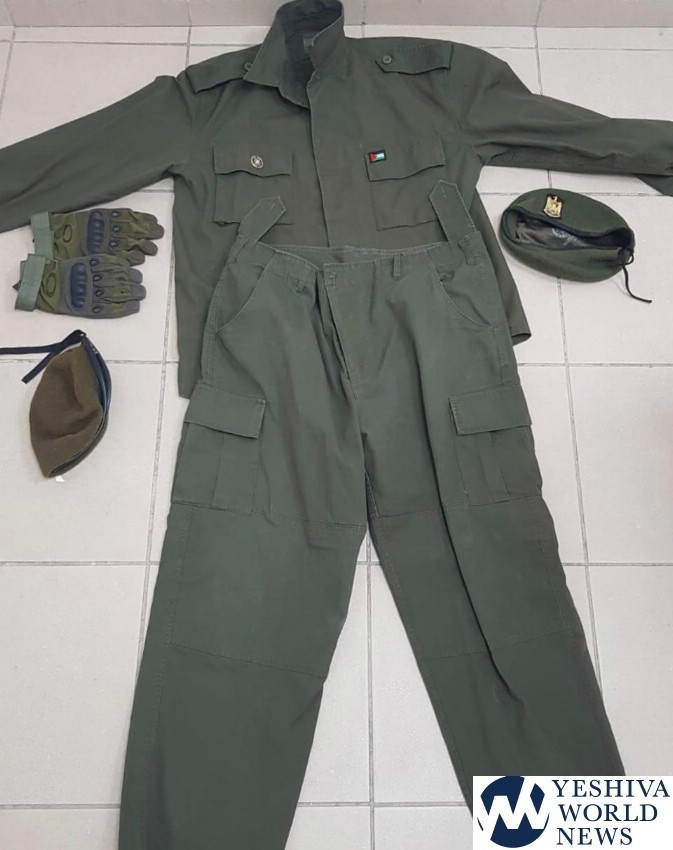 The operation was the result of covert activity and targeted intelligence gathering by the Israel Police against suspects operating in East Jerusalem in violation of the Implementation Law and the Anti-Terrorism Law.

According to the suspicions, the suspects served as representatives of the Palestinian Authority in East Jerusalem and acted, inter alia, to transfer money to families of terrorists and imprisoned terrorists.

During the searches, uniforms of Palestinian Authority apparatuses and various documents were seized.

The suspects taken into custody range in age from their 30s to 40s and reside in the eastern capital. They were transferred for interrogation and some of the suspects will be brought to the Jerusalem Magistrate’s Court for a remand hearing.