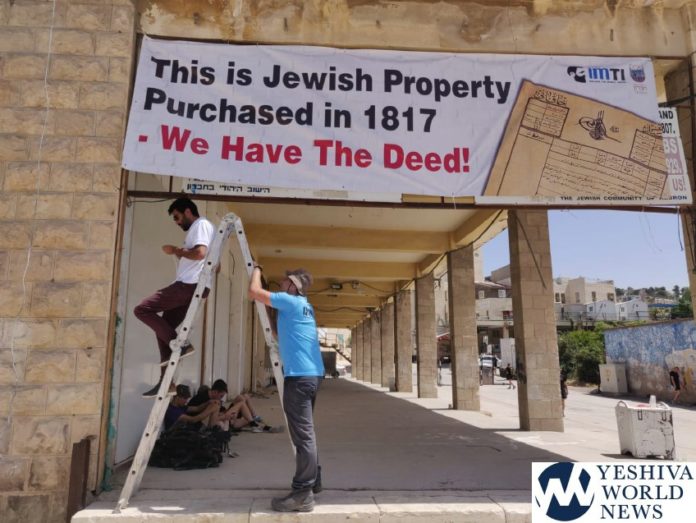 Dozens of large pro-Israel banners were hung on Thursday in Hebron in response to the far-Left organization ‘Breaking the Silence,’ which commissioned a billboard in Tel-Aviv encouraging Eurovision tourists to join its tours in Hebron.

“Jews are only allowed on one street in Hebron, which is only 3% of the city!” read one of the banners, put up by the Jewish Community of Hebron together with the Zionist organization Im Tirtzu.

“Breaking the Silence” was founded in 2004 and claims to expose violations by IDF soldiers, but it has been widely criticized over its anonymous and frequently debunked testimonies.

“Breaking the Silence understood after the elections that they have no support in Israel and no way to get donors,” said Yishai Fleisher, spokesperson for the Jewish Community of Hebron.

“Therefore, they are now trying to fool tourists who are unaware about the situation and who are willing to buy their lies.”

Yehuda Sharabany, project coordinator for Im Tirtzu, said that “Breaking the Silence” is taking advantage of innocent tourists to turn them against Israel.

“But now,” explained Sharabany, “our banners will show them the truth. This organization has been repeatedly caught lying and we will continue to expose their lies for all to see.” 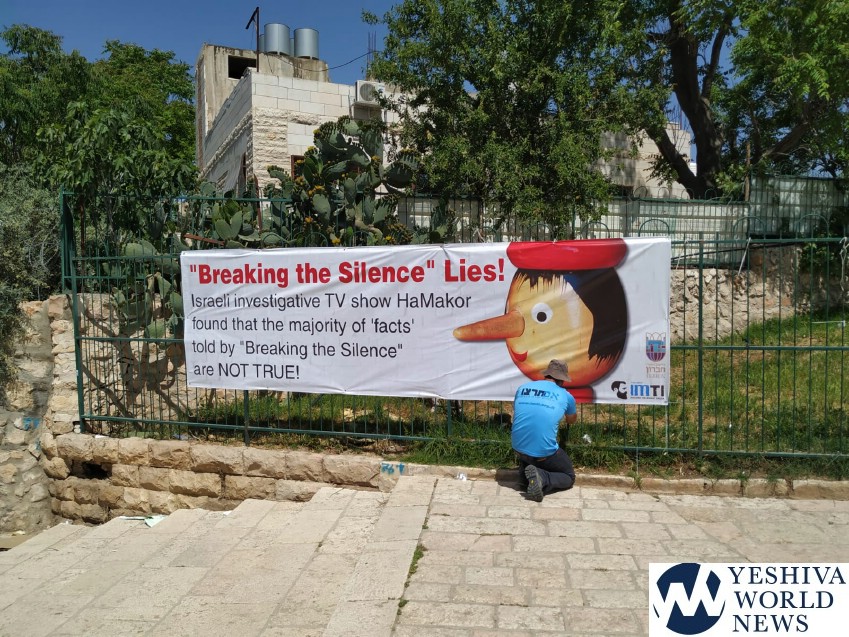 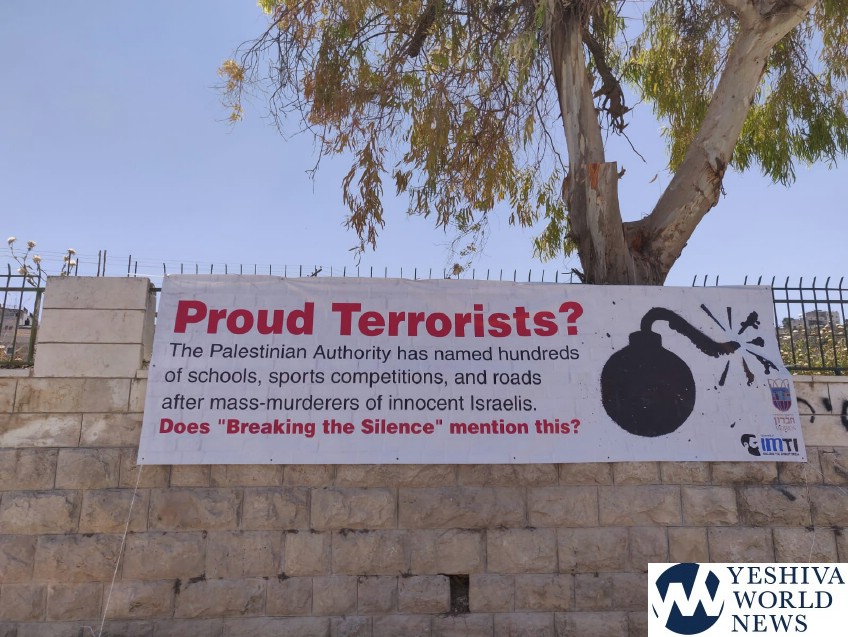 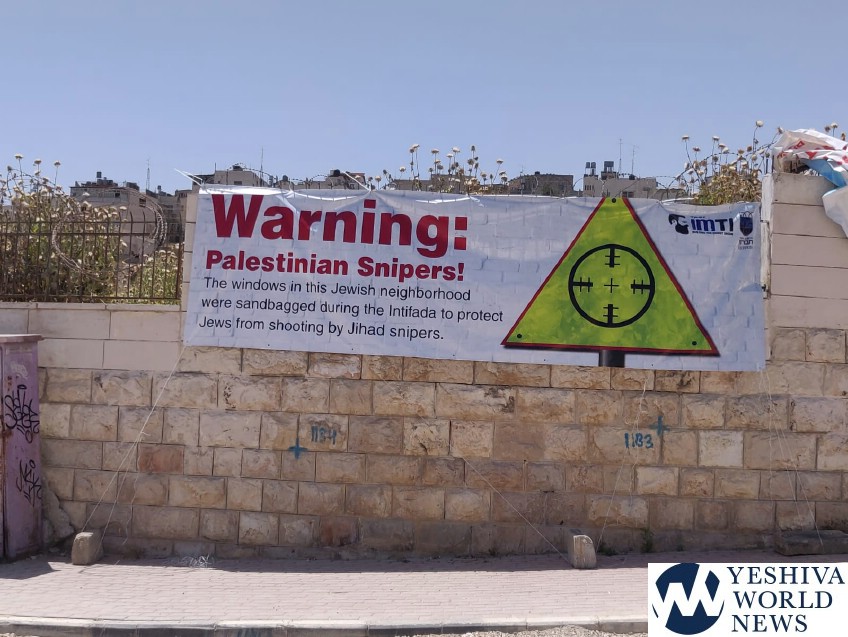 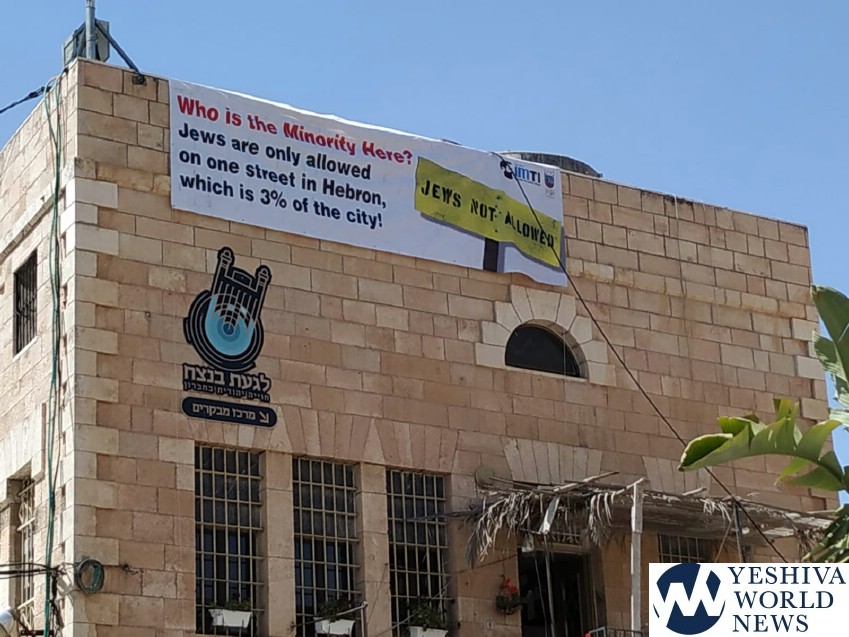 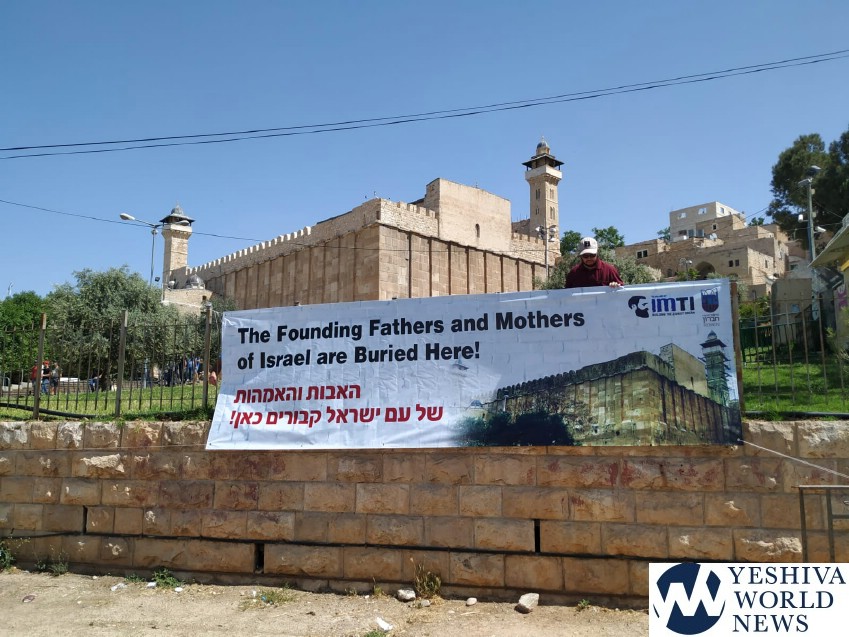