Jerusalem’s Landner Bakery, which has been operating in the Beis Yisrael neighborhood providing traditional challos for many for 123 years, has informed its patrons that it is shutting its doors.

The bakery was established by R’ Moshe Dov Landner in 1896, and the notification to patrons’ thanks them for their support over the years.

The baked goods were known for their uniqueness because they were baked in the old fashion ovens as was the case decades ago.

The bakery also became a venue for many tourists, who enjoyed seeing the old fashion ovens, and this of course attracted the zealots, who protested against the breech in modesty in the area. 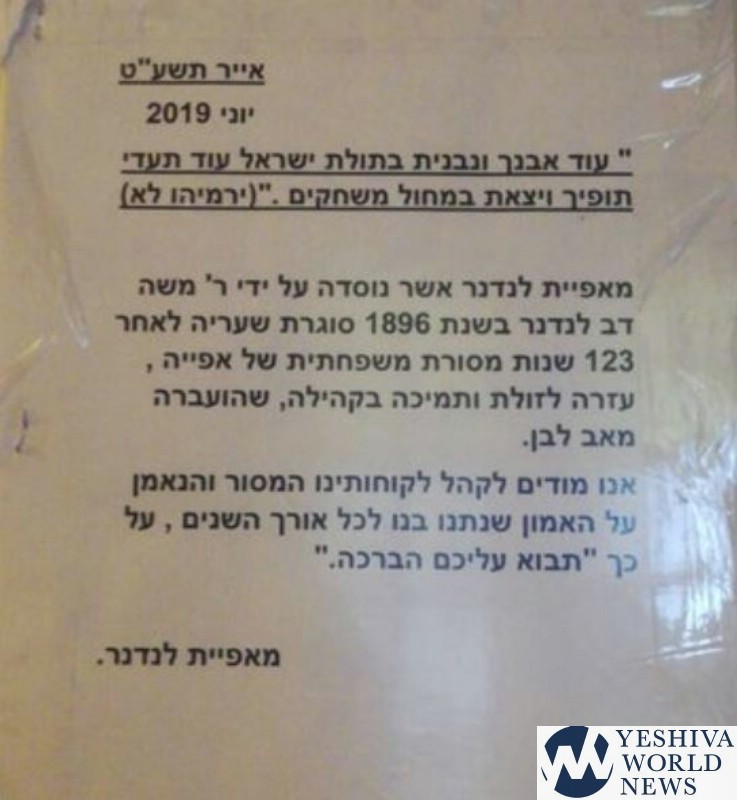