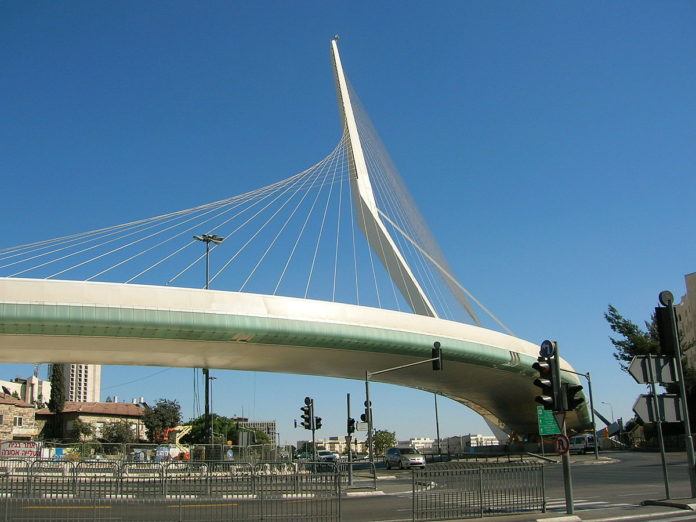 The Ministry of Transportation announced that beginning on Sunday, July 14, 2019, Shazar Blvd. from the Cords Bridge to Nordau Junction (Near Binyanei Ha’uma) will be closed to private vehicle to accommodate stage two of the city center project – the Business Quarter being constructed in Jerusalem.

The construction work carried out near the entrance to the city since 2015 has been completed to permit the passage of private vehicles in the subterranean areas and the construction of a parking lot with 1,300 parking spaces. The works include digging an underground tunnel 250 meters long and 30 meters below ground level.

At this stage, in order to allow full opening and completion of the work by the end of 2022 as planned, requires working above ground in order to implement portals to the east and west.

It should be noted that the preparations for this stage have been implemented for years, and to this end parallel streets have been expanded and designated lanes have been allocated to facilitate the flow of traffic in the area during this period. Most of the traffic at the entrance to the city will be directed to Yitzhak Rabin Boulevard, which has been expanded.

The project team works in full coordination with the Israel Police and the municipal authorities in order to regulate traffic flow and provide a solution for the residents of the city and those who visit during the period of adaptation to the operation of the new traffic arrangement.

Public transport will continue throughout the period of construction. In the first week of work, July 14-19, there may be specific changes in the location of lines and stations. The passengers will be informed of changes in the media, at the stations, and through a professional guidance and guidance systems that will operate in the area.

Here are the changes and alternative ways:
From Sunday – July 14, 2009 – and for three years, Shazar Boulevard will be closed to private cars in both directions.

For five days traffic lights will be stopped in the area and traffic will be directed by police.

On Friday, July 19, 2019, the traffic lights will be operated in a new format. Pay attention to changes! Public transportation lines will include changes. Updates on specific changes in lines and stations will be published in detail.

Arriving by private vehicle – for those entering: Road 443 / Road 1 Cedar Tunnel. Departures: via the Begin Road to the Arazim Tunnels / Road 443.

Our dear beloved Rabbi Motty Cohen Z”l has been suddenly &...

Inscribe a New Name in the Book of LIFE