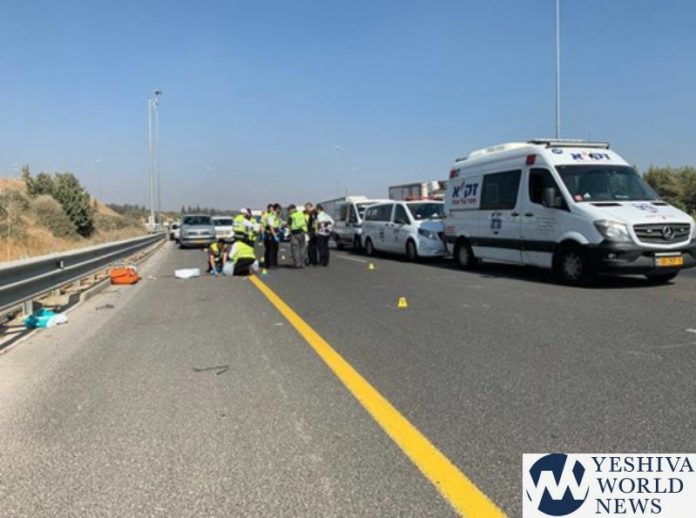 A tragic accident occurred on Highway 431 near the Anava interchange on Monday afternoon. According to an initial report by the police, a driver had stopped his car on the side of the Highway and exited the vehicle. It is unclear as of yet why he did this. As he was exiting the vehicle he was hit by a passing car and R”L killed.

EMS teams that arrived at the scene performed CPR on the driver but were eventually forced to pronounce his death at the scene. Zaka volunteers worked to honor the body of the deceased.

The passing driver who stopped after the accident occurred, was temporarily been detained by traffic police at the scene pending an investigation.

The deceased driver was identified as Binyamin Mualmi Z”L a resident of the Ramat Shlomo neighborhood of Jerusalem. Mualmi leaves behind him a wife and eight children.

MK Uri Malev from Degel Hatorah took up the cause of the family and worked to try to speed up the process of levaya.