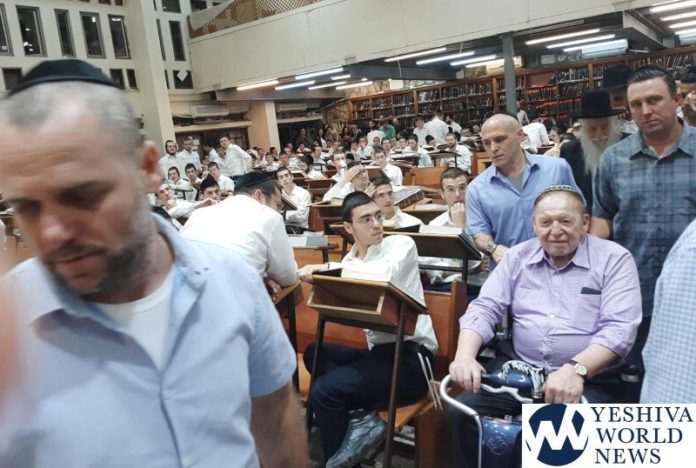 Billionaire Sheldon Adelson and his wife Miriam made news on Tuesday night, when they visited the famed Ponevezh Yeshiva in Bnei Brak.

Adelson toured the Yeshiva on his scooter, drove through the Bais Hamedrash, and asked the Bochrim about the topics and Sugyas they are learning and how they study each day. He spoke in English with two American Yeshiva Bochrim learning in the Yeshiva.

aw in the Yeshiva, reportedly never before having been to Bnei Brak. Miriam Adelson learned that Rav Kahaneman was a Cohen, and asked him to give her Birchas Kohanim.

Rav Kahaneman spoke in English with Adelson, which can be seen in the video below. 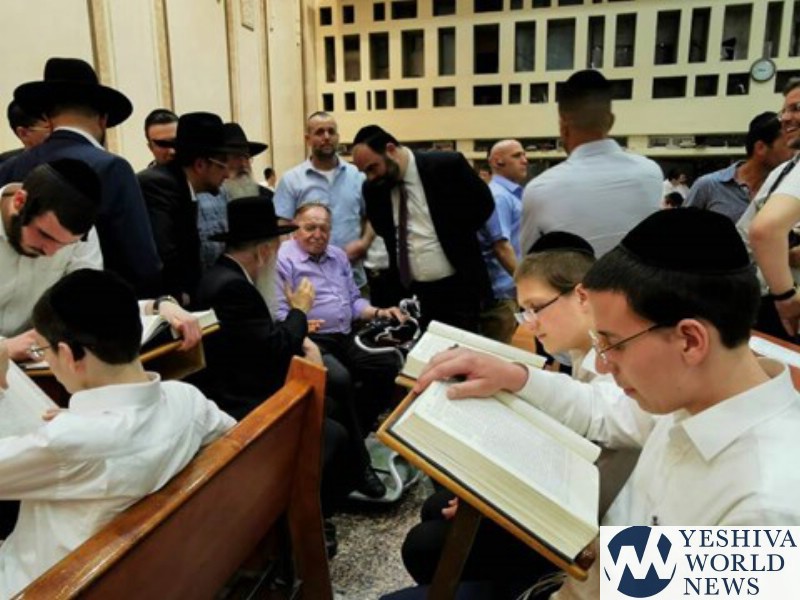 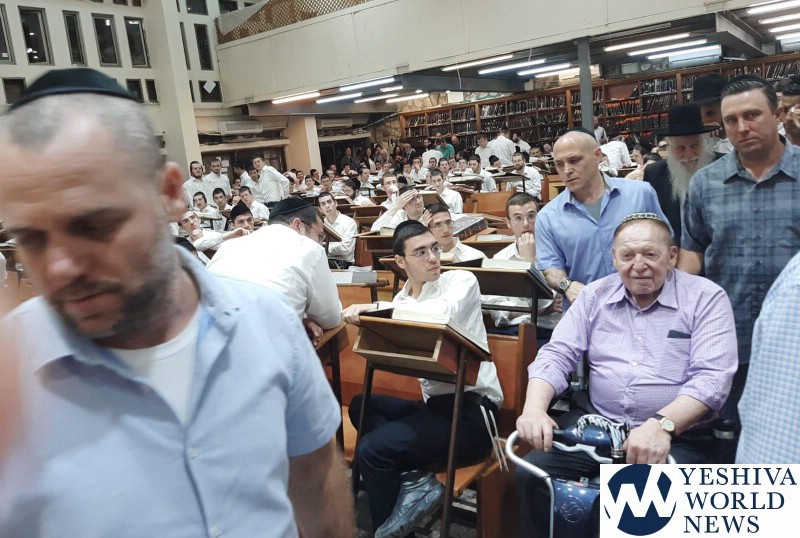 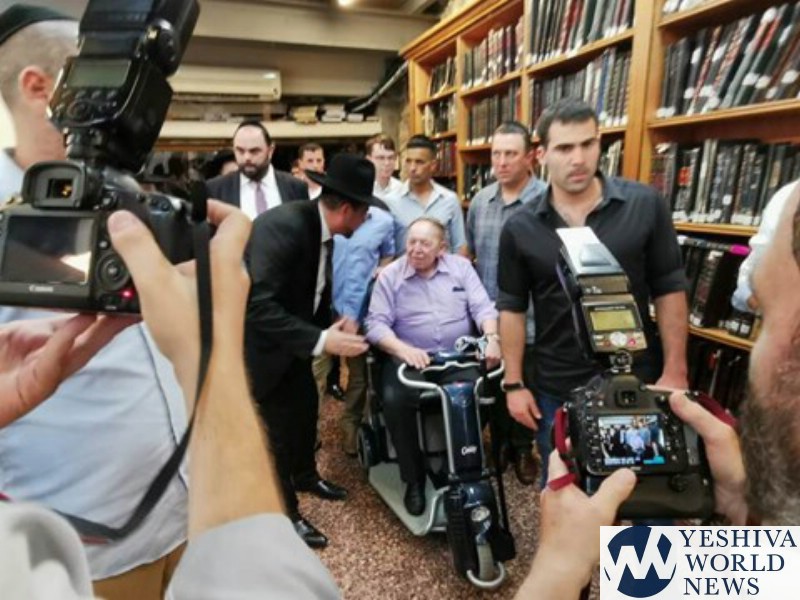 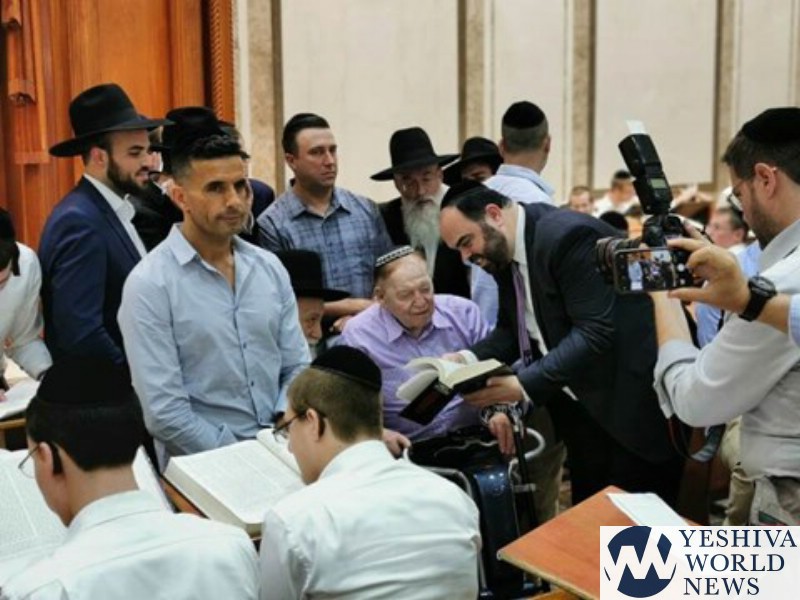 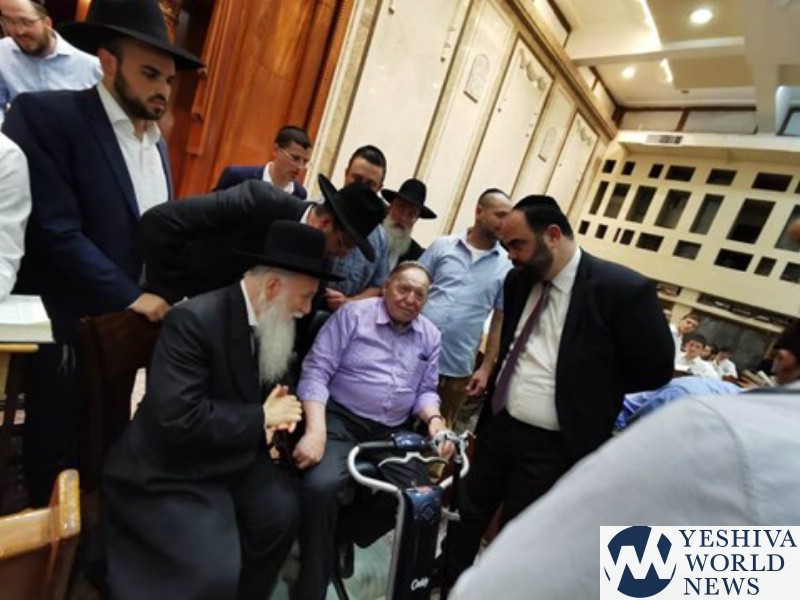 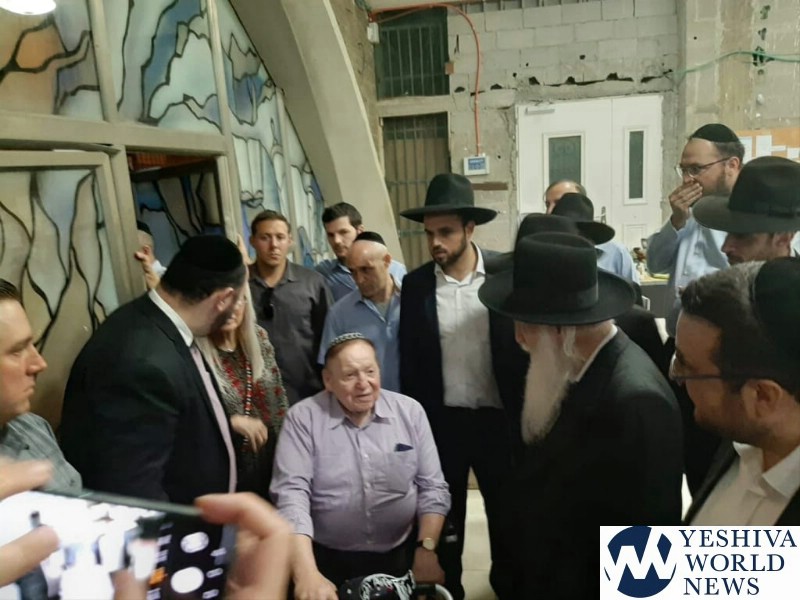 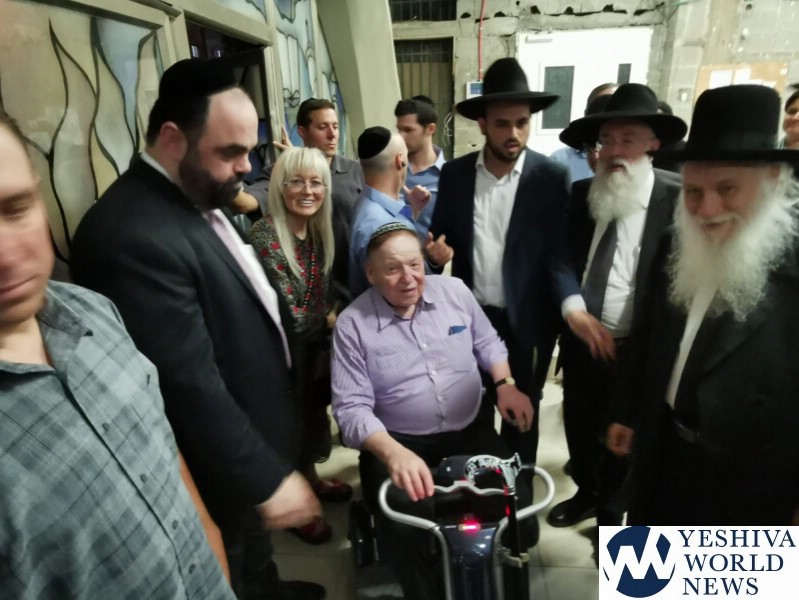