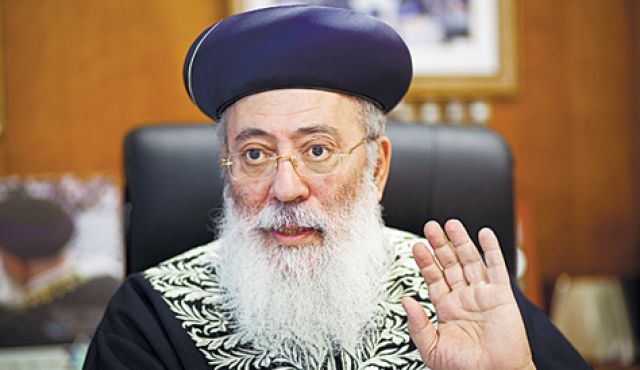 Pluralistic activists in Jerusalem City Hall are working to oust the city’s Chief Sephardi Rabbi, HaGaon HaRav Shlomo Moshe Amar Shlita from his post as the rav released harsh words against the toeiva community, calling on them to remove their kippot.

The “pluralistic bloc” in City Hall, composed of Councilpersons Yossi Chavilov and Laura Warton, sent a harshly-worded letter to the Chief Rabbis on Thursday, calling to remove Rav Amar from his post.

“We, members of the Jerusalem City Council, turn to you to take actions to remove Rabbi Shlomo Amar” the letter states, explaining “due to his remarks in which he once again attacks the toeiva community”.

The letter explains that the Chief Rabbinate of Israel Council has the authority to fire a city rav, and they feel in this case, this is what the council must do.

The letter, also sent to Jerusalem Mayor Moshe Leon, asks rhetorically if he views the letter as being defiant, against his chareidi coalition partners- adding, “only time will tell”.