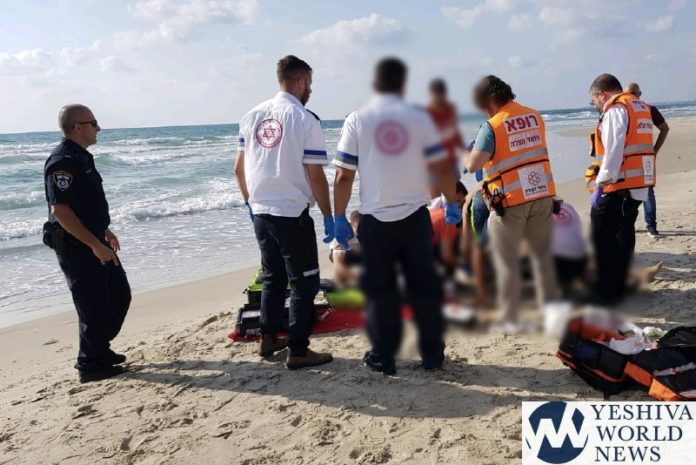 A man and a woman both in their 30s both R”L drowned on Habetula beach in Kiryat Yam, Sunday afternoon. Volunteer first responders from United Hatzalah and ambulance teams from Magen David Adom responded to the incident and attempted to resuscitate both people. At the end of lengthy CPR efforts, the pair were pronounced dead at the scene.

The incident took place at a length of beach that was not declared a public swimming beach and there was no lifeguard there. Passersby who found the bodies of the pair had begun CPR even before the first responders arrived.

Lion Kimchi an EMT with Magen David Adom said: “When I arrived I began performing CPR on the woman with passersby. While we were performing CPR other passersby noticed a man in the water and pulled him onto the shore. He too was unconscious and not breathing. We performed CPR on him as well. Sadly, at the end of our efforts, we have to pronounce them both dead at the scene.”