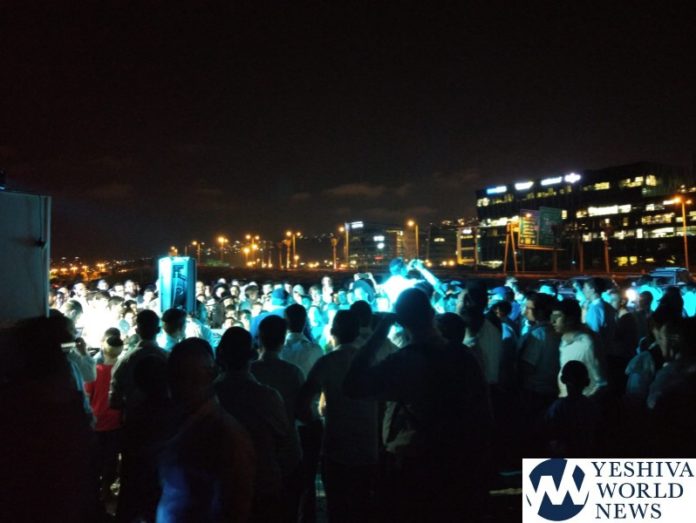 Following the Haifa District Court’s decision to ban a concert featuring Mordechai Ben David and Motty Steinmetz due to it being for men only, hundreds of Haifa Charedim responded by holding an impromptu kumsitz with guitars on the beach on Monday evening, according to a Kikar Shabbat report on Tuesday.

The organizers initially planned on holding the kumsitz outside the Haifa District Court but the Rav of the Haifa Chareidi community instructed them to move the concert to a different location to avoid harming the relationship between Charedi and secular residents of the city.

A message was publicized to the Chareidi community, stating, “The court ruled that we can’t enjoy an uplifting kumsitz, a night of singing together. But we won’t accept the ruling and will unite for a great evening of guitars and singing – songs of galus and geulah – and of course, Yamim Noraim songs.”

The organizers of the event emphasized that the event was not a protest but a kumsitz for the thousands of bochurim and avreichim who were disappointed by the concert’s cancellation. They requested that attendees come with guitars and other musical instruments, promising that many singers and entertainers will take part in the event.

An anonymous donor paid for refreshments for the evening and a number of entertainers performed for the crowd on a volunteer basis.