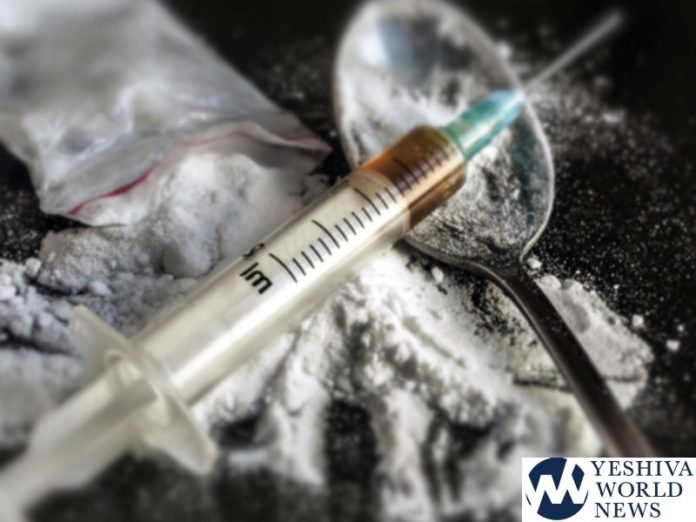 A toddler and his sister found unidentified candy on the ground in the Chorshut Park in Tel Aviv, and they each ate one. About 20 minutes later, they began seizing and dad hurriedly brought them to an emergency room.

The Eliasi family of Tel Aviv never imagined the how their summer vacation would end.

A few days ago, Elad, the father, took his 3-year-old son and 7-year-old daughter to play in the park near their home. A short time after arriving, he found himself in a Tel Aviv emergency room. It appears the ‘candy’ the children ingested were cocaine.

The candies, which were wrapped in aluminum foil were found lying on the ground. The older child picked one up first and began playing with it. In a split second, without thinking, the toddler took it and placed it in his mouth. Dad saw this and tried to take it out, but his son had already swallowed it.

Some 20 minutes later, both children began seizing, with dad adding, “They went into a psychotic episode. It was scary”.

The dad got them both to an emergency room without delay. The boy was being treated for an overdose and the father explained “it took a second” and the child swallowed the ‘candy’ and it was too late for him to remove it. The children were both listed in serious/life threatening condition as a result.

The lab results confirmed the children were overdosed on cocaine. B”H they responded rapidly to pharmaceutical intervention by doctors. Their conditions improved as they responded quickly to the drug therapy and they remain hospitalized for observation.

The parents of the children expressed harsh criticism against the Tel Aviv Municipality and police. “Many families visit this park in southern Tel Aviv, a park taken over by druggies every night. The children play here and there are syringes lying around, blood-stained blankets, and drug leftovers and more”.

The parents add they are currently undergoing a difficult trauma that almost cost them the lives of their children because they wanted to play in a park close to their home. They filed an official police complaint and expect widespread activities by City Hall and police to clean up the area, so it is safe for children.

Tel Aviv City Hall explains the park is cleaned regularly, and there is an employee present all day, including weekends and holidays. The enforcement of the law against drug addicts and maintaining security is the job of police, city officials explain.