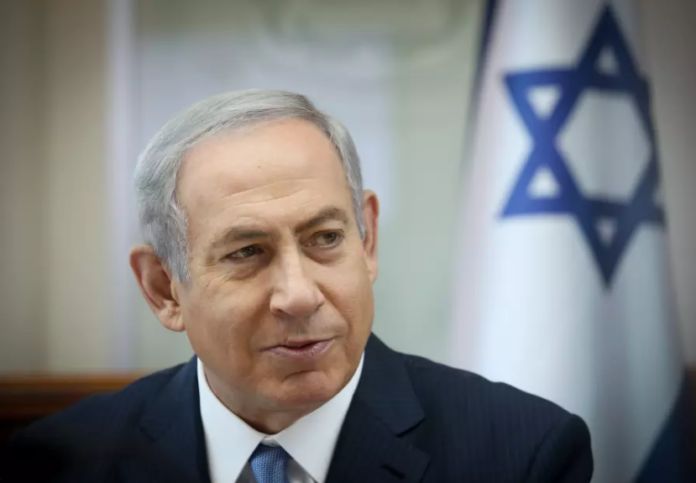 Netanyahu surprised the crowd at a religious Zionist conference in Givat Shmuel on Tuesday evening by beginning his speech with his religious practices rather than the expected political commentary, according to a Kikar Shabbat report. He described how he spends Shabbos in his home: “Toward noon on Shabbos, I learn with my son Avner. We put kippahs on our heads and we read the Parsha, Haftorah and Pirkei Avos.”

Perhaps noticing skeptical looks in his audience, Netanyahu continued by adding, “Well, sure, that’s what he says here. No, it’s the truth. And when I want to delve further, I learn a few shiurim with Rabbi Adin Steinsaltz.”

“I don’t need to tell you that Sara is mafrish challah,” Netanyahu continued. “She comes from a home where her father, my father-in-law Shmuel Ben-Artzi, was a Tanach scholar and teacher, her brothers were Tanach contest winners. This is what they absorbed in their home.”