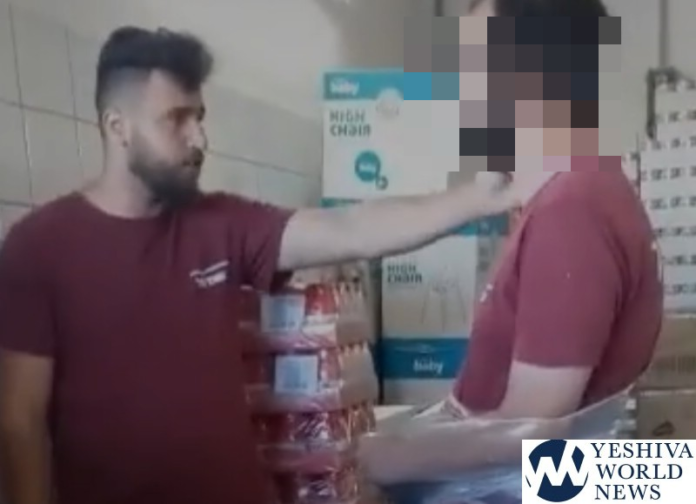 The four Arab men being held by police for their alleged role in the attack against a mentally challenged chareidi supermarket employee are being released. The attack occurred in a branch of Shufersal in Gush Etzion. The suspects humiliated and physically attacked a mentally challenged chareidi male employee in the attack documented on video. A court ordered the suspects released, sending them to house arrest until Monday, September 2, 2019.

Attorney Itamar Ben-Gvir, who is representing the victim, decried the decision, stating there is no doubt that if Jews had assaulted an Arab the same way, the suspects would not be released from detention. He calls the decision to release them “a slap in the face to the helpless victim…”

Ben-Gvir had words of praise for police, for acting as they did and rapidly arrested suspects in the case.

The father of the victim told the media the attack “was awful, and I cried, I cried like I never cried in my life. I never thought they were taunting him. I thought they gave him the hard work, but things were way worse than this”.

The dad added that when the second video was released, he really understood exactly what his son had to endure at work, expressing his hope that the guilty parties spend serious time in jail.