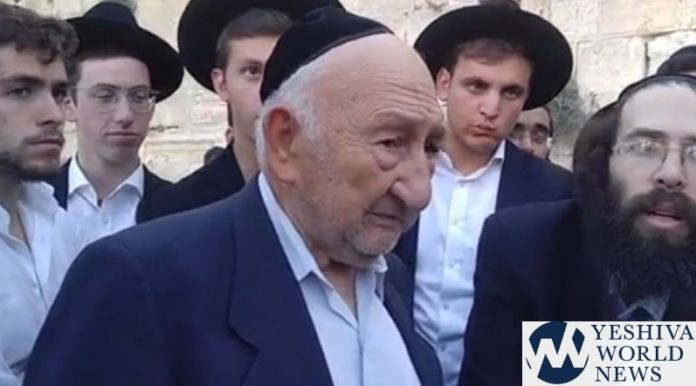 In a moving scene by the Kosel last week, an English-speaking Holocaust survivor told his story, surrounded by a group of American yeshiva bochurim from Camp Yaaleh Yerushalayim.

Rabbi Shmuel Beller, 92, grew up in the Polish town of Oświęcim which later became the most notorious concentration camp associated with the Holocaust – Auschwitz.

He was 12 when World War II began and spent five years being transported to ghettos and labor camps until he was sent to a concentration camp at the end of the war. He survived the camp, endured a death march, and was ultimately liberated but ironically almost didn’t survive eating solid food after being liberated. He became critically ill and was hospitalized for three months.

“I went through the seven levels of Gehinnom” Rabbi Beller, said. “I was beaten, starved and put in the cattle trains, where they piled 100 people one on top of the other without light or sanitation.”

Rabbi Beller said that after the war he was no longer religious but the Klausenberger Rebbe drew him close and influenced him to become religious again.

Rabbi Beller gradually realized he was the only survivor of his family. He eventually discovered five surviving friends from his home town, adding that none of his friends were still religious and it was a miracle that he became religious.

Rabbi Beller showed the bochurim the numbers on his arm, commenting that the numbers add up to 26, which is the gematria of Hashem’s name – the Shem Havayah (yud, hei, vav hei).

The bochurim, visibly moved by Rabbi Beller’s story, requested brachos from him when he completed his story. An avreich who was present repeated the Satmar Rebbe’s words that if you find a person who has numbers on arm who’s still frum, you should ask for a bracha. 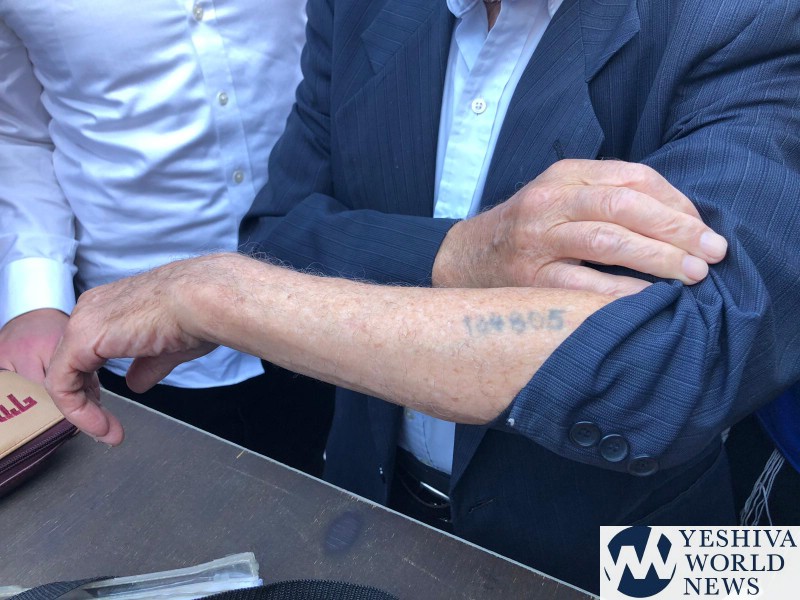