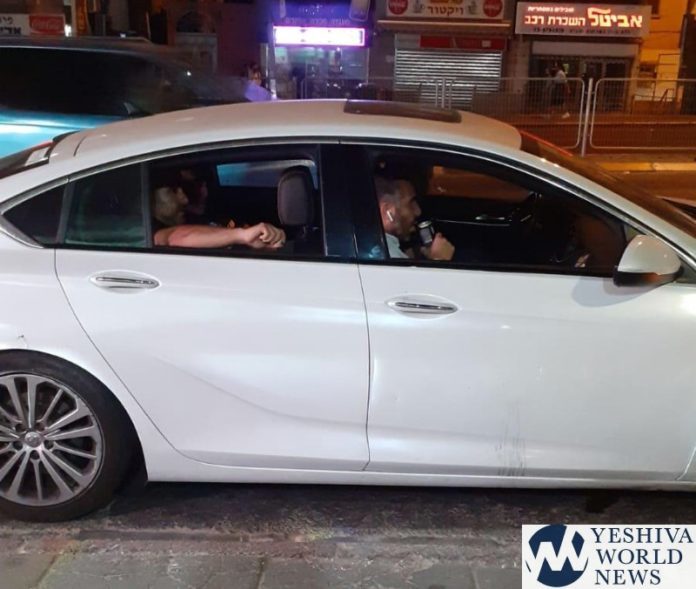 During a live broadcast event on Sunday, Tiveria Mayor Ron Kobi once again surprised many, as he announced there is a rash of iPhone purchases in Bnei Brak, with the purpose of attacking him. He later announced plans to visit both Meah Shearim and possibly Beit Shemesh.

In the framework of his original election campaign, in his capacity as the chairman of the ‘Secular Right-Wing’ party, Kobi aired his nightly broadcast via Facebook from his residence in Tiveria. During the interactive broadcast, during which he presents some of the video content appearing in the media via an additional telephone which he has, or via a large screen mounted on a wall, he went after the chareidi tzibur, as is his norm.

“The chareidim have discovered Facebook. Suddenly, all of Bnei Brak has Facebook. There is a rash of cellphones. They are selling many smartphones there. Suddenly, a million chareidim are buying non-kosher and on the way, they see many things….The rav confirms this, that the main thing is to slam Ron Kobi”.

He later added, “tomorrow, I may visit Meah Shearim and possibly, Beit Shemesh too”. It appears the mayor is planning his next provocative act against the chareidi tzibur.

He then discussed his visit last week to Bnei Brak, as thousands of chareidim were on hand to oppose him, compelling him to leave the area. “See how they appear, like a large band of hooligans” he stated.