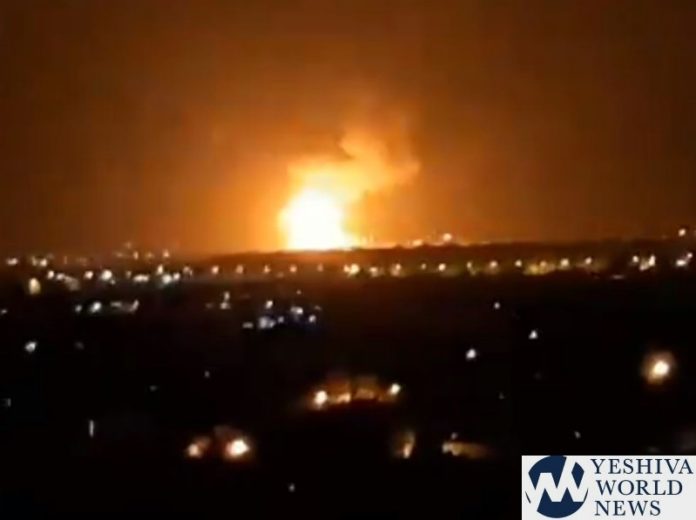 “A short time ago, IDF fighter jets attacked about 15 terror targets in the northern and central Gaza Strip, including a number of targets on a military site for weapons production, a number of targets in a military compound of the naval force and an offensive terrorist tunnel belonging to the Hamas terror organization,” an IDF spokesperson said. “The attack was carried out in response to rocket fire launched from the Gaza Strip into Israeli territory earlier this night.”

“The IDF will continue to oppose attempts to harm Israeli civilians and considers the Hamas terror organization responsible for what is happening in and out of the Gaza Strip.”

There were no injuries reported in Palestinian media as a result of the strikes.

The IDF attacks were in retaliation for two rockets fired on Ashdod and Ashkelon on Tuesday evening. The sound of the red alert interrupted a campaign event being held in Ashdod by Prime Minister Binyamin Netanyahu and he was forced to interrupt his speech to take cover in a sheltered room.

The Iron Dome intercepted one rocket and the other fell in an open field close to Ashkelon.

Following the campaign event, Netanyahu, who also serves as the defense minister, met with top officials from the IDF, Mossad and Shin Bet at the Kirya military base in Tel Aviv.

Initial video of one of the strikes pic.twitter.com/GpfvkTuZjv

Another video from the strikes a short time ago pic.twitter.com/3Cfrp5wKXl