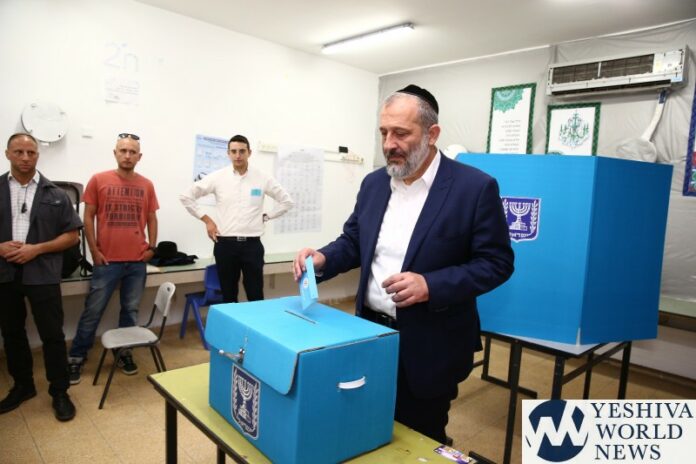 As Israeli voters cast their votes for the second time in 2019, concerns about unruliness at polling stations have led to almost 20,000 policemen, some plain-clothed, guarding Israel’s almost 11,000 polling stations. There are 6,394,000 eligible voters for the current elections in Israel.

The policemen will be prepared to use body cameras to record any issues, according to a Channel 13 News report. In addition to the policemen, the Central Elections Committee sent 3,000 observers to polling stations which have been marked by disturbances or irregularities in the past. The observers will also be equipped with cameras and have been told to call the police if they see anyone else using cameras at the polling stations. This is due to the ruling of Central Elections Committee head and Supreme Court justice Chanan Melcer, who prohibited the Likud and other parties from sending activists to polling stations with cameras to discourage voter fraud.

During the previous elections in April, the Likud sent 1,200 party activists to polling stations in Arab communities, where many complaints of voter fraud have arisen in the past.

A Maariv investigative report on Friday revealed that Likud complaints of voter fraud in the April elections were not properly examined and that out of the 82 people who filed complaints about fraud in Arab areas, only two were questioned by police. The report added that if the complaints of voter fraud had been properly examined, it’s possible that the current elections would not have been necessary.

The report added that “those responsible for the integrity of Israeli elections are not trustworthy to carry out this sacred work. Central Election Commission Chairman Chanan Melcer at best did nothing to investigate voter fraud in the previous and at worst fought to his utmost for his own reasons that any counting errors that were discovered would not be corrected.”

On Motzei Shabbos, Prime Minister Binyamin Netanyahu requested an emergency meeting with Melcer in light of the Maariv report and “to ensure that there won’t be election theft.”

David Bitan, the Likud representative in the Central Elections Committee, quickly sent an official request to the committee and in fact, on Sunday evening, the Haifa District Attorney’s Office announced an indictment of Mohammed Diab for suspected voter fraud in a polling station in Tamra.

There are additional investigations being carried out by the police as well based on complaints included in Bitan’s appeal.