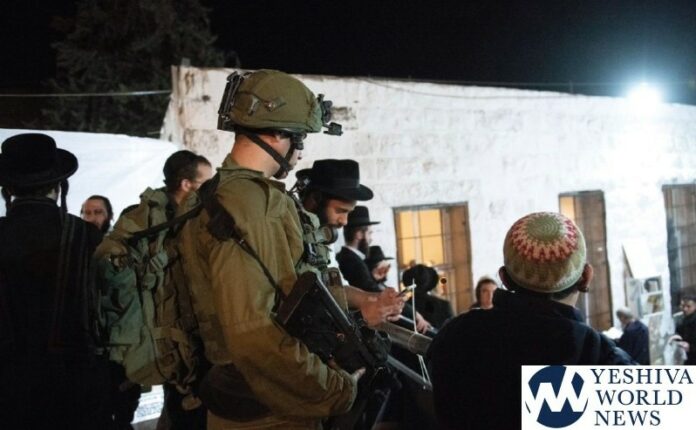 Israeli security forces once again provided security for mispallalim as 1,400 persons visited Kever Yosef on during the night (Tuesday to Wednesday).

Soldiers and border police were on hand as usual, maintaining a watchful eye amid a hostile population, as security forces and mispallalim often come under attack when visiting the tziyun in PA (Palestinian Authority) occupied Shechem. The event passed without incident this time.

According to officials from the Shomron Regional Council, 24 buses brought participants from areas around Israel, persons who wished to be mispallel at the tziyun of Yosef HaTzaddik.