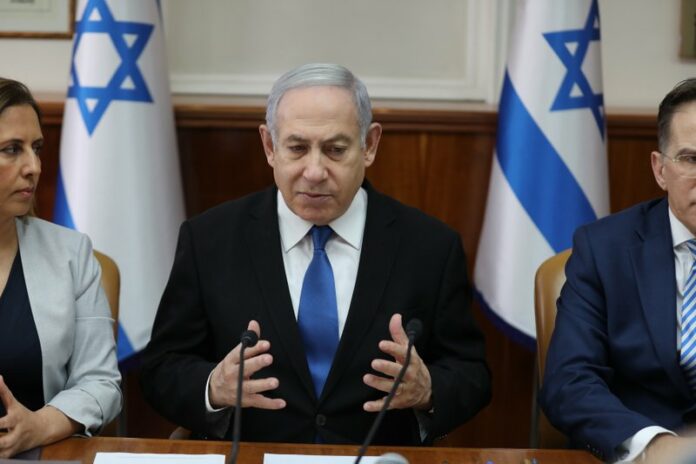 The security tent was set in place and the complicated and expensive security arrangements required were implemented as Prime Minister Binyamin Netanyahu was scheduled to make a campaign visit to Bnei Brak on Wednesday.

Dozens of security personnel and police were in place in and around Yeshivat Kisei Rachamim, which is headed by HaGaon HaRav Meir Mazuz, in preparation for Prime Minister Netanyahu’s visit. However, at the last moment, the visit was postponed.

According to sources in Kisei Rachamim, the meeting between the rosh yeshiva and prime minister was canceled at the behest of Rav Mazuz, who asked to postpone it until next week as PM Netanyahu was running late.

Rav Mazuz was scheduled to undergo a medical treatment on Thursday morning, contributing to the request to postpone the meeting due to the delay in PM Netanyahu’s schedule. The meeting on Wednesday night was planned for 9:00PM but the prime minister was delayed in Petach Tikvah, the stop before Bnei Brak.

It is reported that Mr. Netanyahu wanted to personally thank Rav Mazuz for his words of support during recent shiurim. Because of the rav and his support of the prime minister, hundreds of his talmidim voted for Likud in the last election.

With the Likud primaries about two weeks away, PM Netanyahu is exerting much effort and using resources available to him towards having more chareidim who are registered Likud voters to back him in the party leadership race, and not his opponent, MK Gideon Saar. Polls have Mr. Netanyahu worried, showing Saar is gaining momentum in his bid to unseat the veteran Likud party leader.