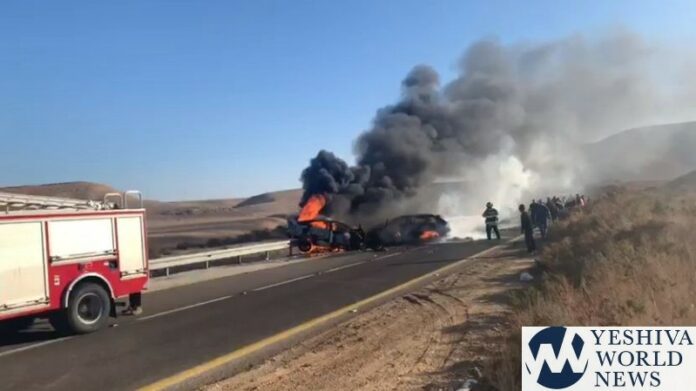 Two people were killed in a horrific head-on-crash in Southern Israel.

Area fire and rescue on Thursday responded to reports of the crash on Route 40 near Kibbutz N’vei Harif, a kibbutz in the Aravah Valley near Eilat.

Two people were killed in the crash. Three other passengers were rushed to the hospital in serious condition.

The victims were transported by EMS and IDF choppers to the trauma center of Soroka Medical Center in Be’er Sheva.