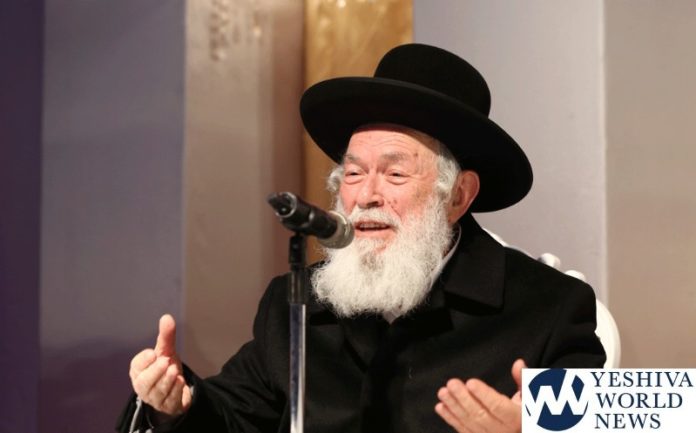 A resident of the Ramat Elchanan neighborhood of Bnei Brak experienced ‘clinical death’ and saw angels judging him and deciding to return him to life. HaGaon Rav Yitzchak Zilberstein ruled his words are “אמת ויציב” but instructed him not to publicize the events.

Many Jews who experienced clinical death have provided testimony about leaving their body and seeing a white light, and angels heading to a tunnel and meeting with persons related who were niftar, so one may ask if this is true.

The Ramat Elchanan resident was almost ‘a vegetable’ but awakened. When Rav Zilberstein heard the details of the event, he stated without hesitation that this is what occurred.

In the neighborhood Kol Berama bulletin, the story was quoted by Rabbi Baruch Zolberg, who testified that it was “a respectable and serious man who has for many years served in an important and responsible position and one can count on every word he utters and his imagination is very far from who he is, meaning that his words are to viewed as reliable.

The man in question suffered a stroke two years ago which made him totally paralyzed and unresponsive for a number of days, and when the diagnostic tests were completed, it was determined that he sustained serious brain damage from the stroke. Doctors decided that based on his condition and diagnostic testing, there is no chance of the man returning to a normal life and told persons close to him that he would remain “a vegetable” for the remainder of his life.

The man described to the rav that heard everything the doctors were saying as he described leaving his body. At a certain point he saw persons dressed in white without seeing faces. They were judging his actions and suddenly, he heard shouting that he has many merits, and he must be returned to life, to the “same life” and after some time, his body began warning until he awakened.

The rav instructed him to make a Seudas Hodaya for members of his kollel and only to tell them and not the newspapers.