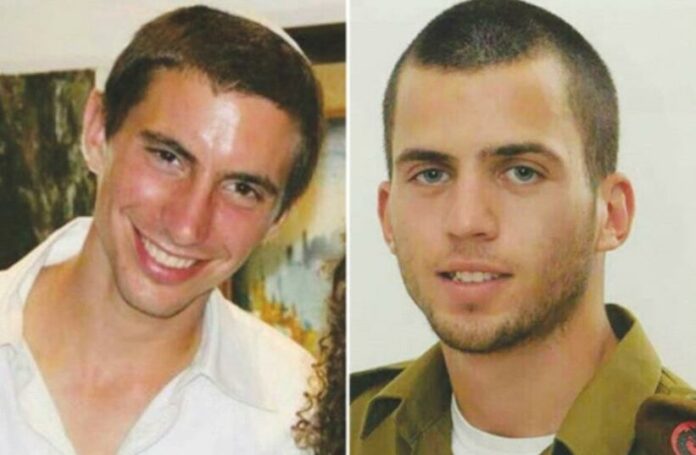 President Reuven Rivlin delivered a speech in Hebrew on Wednesday in the Bundestag, the German parliament in Berlin, to mark 75 years since the liberation of Auschwitz-Birkenau, beginning his speech by reciting the tefillah of Yizkor.

The parents of fallen soldier Hadar Goldin, hy’d, and Oron Shaul, h’yd, whose bodies have been held captive by Hamas for five and a half years, accompanied Rivlin on his trip to Germany.

“The Goldin and Shaul families are here with me today,” Rivlin said in his speech. “Five and a half years ago, during Operation Tzuk Eitan, IDF soldiers Hadar Goldin and Oron Shaul were killed. Their bodies are still being held by Hamas. We’re again requesting the help of Germany and the entire international community for the return of our sons and our citizens who are being held in opposition to international law and of conscience.”

“Hadar is the grandson of Holocaust survivors, a member of the third generation. When he was in high school, when he went to Auschwitz together with his classmates, Hadar wrote a letter to his family, writing: ‘I’m getting off the train now. Like many other Jews like me. They walked on their final journey. I’m walking in the path I was taught: to flourish from the dust.'”

“That’s what he wrote,” Rivlin said. “The Jewish people flourished from the dust and established a Jewish democratic state, democratic and Jewish, in one statement.”