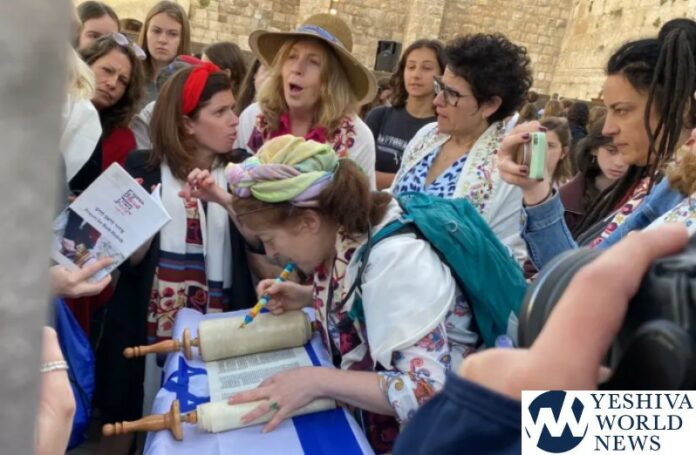 Like every Rosh Chodesh, the Women of the Wall group engaged in its monthly provocations at the Kosel on Monday morning, Rosh Chodesh Iyar.

The Western Wall Heritage Foundation stated that the group refused to hold its service at the special plaza designated for them, which was established by the order of the Justice Ministry in order to separate the group from the other mispallelim and prevent conflict.

“Despite repeated requests, they chose not to enter the plaza and instead disrupted the public order,” the foundation stated. “Furthermore, Mrs. Yochi Rappaport, one of the group’s leaders, decided to create a provocation and approach mispallelim standing at the upper plaza in order to rile them up and disturb public order.”

“The foundation’s director Eden Shimon appealed to her personally to return to the plaza to prevent violence and not turn the Kosel into a place of protest but she chose to continue and again turned the site into a battlefield.”