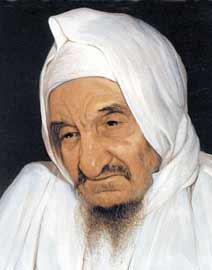 The Baba Baruch is working to persuade people not to vote for Avigdor Lieberman and his Yisrael Beitenu Party. This is not just because he opposes Lieberman’s platform, but because his father, the Baba Sali zt”l came to him in a dream and said, “Son get up. What are you doing? This man that they call Lieberman is trying to implement civil marriages, the sale of pork, to approve non-halachic conversions – all these terrible things that negate our Holy Torah…”

The Baba Baruch has joined Shas efforts to dissuade voters from supporting Lieberman, not more than ever, compelled by his late father who appeared to deliver the message.

In the meantime, Shas leader Eli Yishai is continuing his anti-Lieberman campaign, warning voters “Brit Mila or Brit Zugi’ot (civil marriage)”, warning this is what Lieberman wants. Shas has been focusing a major portion of his campaign against Lieberman, aware the right-wing party has indeed won over some of the former Shas voters.