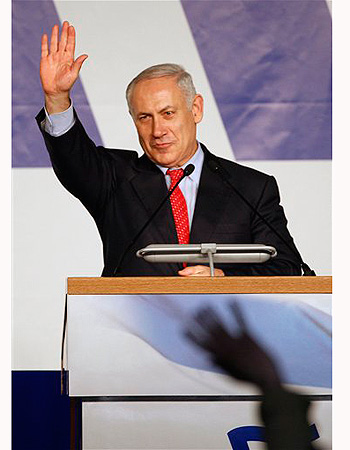 After about 12 hours of intensive negotiations, Likud’s coalition negotiators signed the new administration’s first partner, Yisrael Beitenu. At about midnight, it was announced that the differences were resolved and as a result, an agreement was initialed, an agreement that will now be approved by the party leaders of both sides.

Likud’s Gideon Saar explained that the agreement provides a solid base for the new government, adding that Likud is still genuinely interested in a broad-based coalition and if this is actualized in the future, the cabinet portfolios will change from the present agreement.

It now appears that a right-wing 65 mandate coalition will rule the nation, as Kadima leader Tzipi Livni continues to announce preconditions to entering into a coalition, preconditions that are not likely to be accommodated by Likud.

One of the major stumbling blocks to Kadima’s inclusion in the coalition is Tzipi Livni’s insistence that she would serve as the foreign minister and maintain total authority regarding presenting Israel’s policies to the international community, which would by all accounts be in sharp contrast to the policies of the prime minister.

On the other hand, no one knows what was discussed in recent secret meetings between Binyamin Netanyahu and Livni, and a channel of communication between the parties remains open. Therefore, while on the surface a deal appears unlikely, one cannot know with absolute certainty that the new administration will be a narrow-based right-wing coalition.